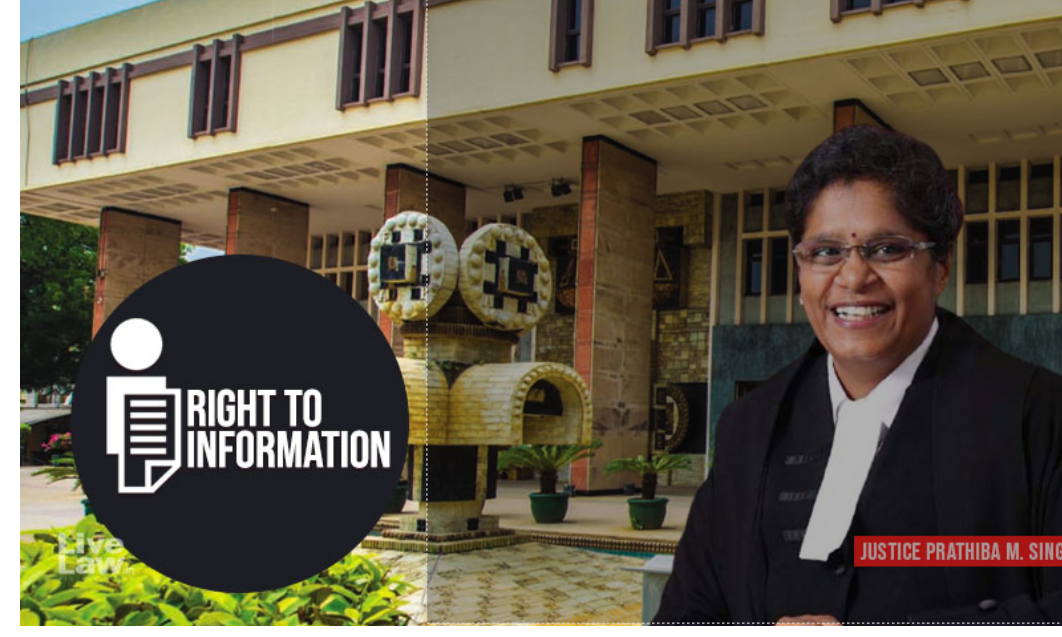 The Delhi High Court has observed that information relating to Annual Confidential Reports (ACRs) and senior personnel of Indian Navy would not be liable to be disclosed under the Right to Information Act, 2005.

Justice Prathiba M Singh upheld an order passed by Chief Information Commission (CIC) rejecting an RTI application filed by a commander in the Indian Navy. He had sought the information after denial of promotion to the post of Captain in 2014, 2015 and 2016.

Jagjit Pal Singh Virk in his RTI application dated October 18, 2018 sought information about his ACR Marks and the value judgement marks. He had also sought copies of merit lists prepared by the promotion boards and other information.

The Central Public Information Officer (CPIO) of Indian Navy refused to provide the information stating that the copy of ACRs of the persons in Armed Forces are confidential in nature and the same cannot be disclosed even after retirement.

“In the opinion of this Court, the information sought in the present petition would not be liable to be disclosed, owing to the nature of the information i.e., relating to senior personnel in the Navy. The CIC’s order does not warrant any interference.”

The decision of CIC was earlier upheld by First Appellate Authority of the Ministry of Defence on May 21, 2019 observing that it is in the interest of the Armed Forces and the nation that the merit list is not known to an individual officer because if the merit lists are divulged after every Promotion Board (PB) or Selection Board (SB), the officer who is amongst the last to make it in the PB shall be demotivated as they will come to know that it is unlikely for them to get promoted to the next higher rank.

The petitioner’s counsel submitted that Virk is entitled to know the marks awarded to him as he was not promoted.

On the other hand, Central Government’s counsel submitted that the petitioner had already challenged the decision of denial of promotion to him before the Armed Forces Tribunal which has upheld the same. The Supreme Court has also upheld the decision in December 2018, the court was told.

Dismissing the plea, the court noted that the information sought by the petitioner relates to various aspects of the Promotion Board, details of the profiles and Virk’s position on the merit list. The data sought regarding his promotion or appraisals could include the ACRs and sensitive information relating to the other candidates, who were considered for promotion.

“A perusal of both of the orders of AFT and the Supreme Court shows that relevant records of the Review Promotion Board have been produced before both AFT as also the Supreme Court. Further, the CPIO has clearly taken the stand that the copies of the ACR cannot be provided and only grading given by IO, RO and SRO can be provided only 3 after the retirement in regard of DoP&T OM No. 10/202016-IR as also in the larger public interest,” the court said.

Perusing the stand of the CPIO, CIC’s observations and the judgments of the AFT and Supreme Court, the court did not find any legal ground to interfere with the impugned order.