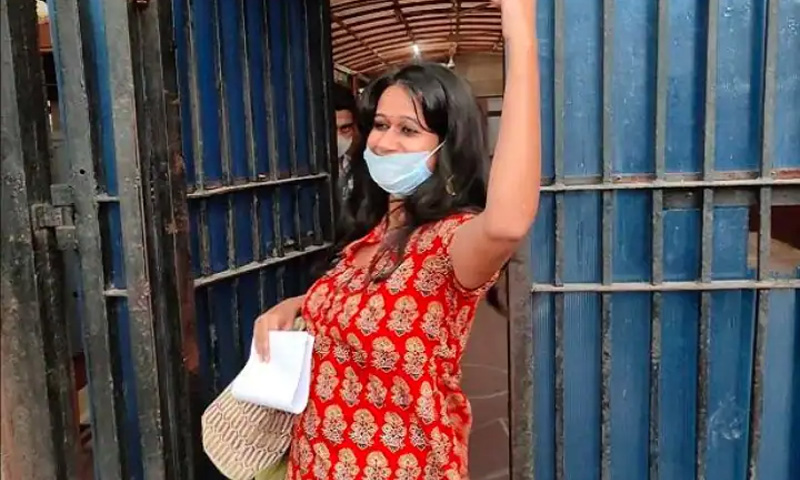 The Prosecution today opposed an application filed by Student Activist Natasha Narwal seeking modification of a bail condition imposed on her while granting bail in FIR 50/2020. The Court had directed her that she shall not leave Delhi without Court's permission till the conclusion of trial."This is not an ordinary case. They were the director and producer of riots. At least we should come...

The Prosecution today opposed an application filed by Student Activist Natasha Narwal seeking modification of a bail condition imposed on her while granting bail in FIR 50/2020. The Court had directed her that she shall not leave Delhi without Court's permission till the conclusion of trial.

"This is not an ordinary case. They were the director and producer of riots. At least we should come to know what is their actions. Tomorrow they will go abroad and run away," Special Public Prosecutor Rajeev Krishan Sharma told Additional Sessions Judge Amitabh Rawat.

Advocate Kunal Negi appearing for Narwal submitted before the Court that being a PhD scholar, she will have to travel outside Delhi for the purpose of research. In view of this, he prayed that the said bail condition be modified so that Narwal does not have to seek permission from Court every time she has to travel.

Stating that the case involves serious charge of conspiracy, Sharma submitted that a conspirator is "the most dangerous person" as he knows how to destroy evidences in a case. He said:

"They are JNU students. They have nothing to do with CAA, they do not even belong to Muslim religion. They wanted to spread riots. They want to go anywhere. There should be a watch of the Court."

"It is all in the name of PhD. Where they are going, they should tell us and move an application. Because of this condition, they are not able to cause havoc and destroy evidence. Kindly consider the gravity of the case."

However, Sharma clarified that the Prosecution does not oppose a genuine plea made by the accused persons and in fact, has never objected to their pleas seeking to appear in an examination, meeting parents or visiting hometown. He stated that the Prosecution must know the place where they wish to travel and that specific application mentioning the same must be filed.

"We will prove it in the trial that just before day one when riots were going to start, they knew they have done the job and they absconded. See their mindset. They were meeting with each other. People are dying to come here to Delhi. It's their dream to come here. These conspirators must be having very little condition in respect of their liberty. So many evidences may be destroyed," Sharma submitted.

At the outset, Advocate Negi submitted that neither the SPP nor the Investigating Officer has ever raised a single complaint alleging that Narwal has destroyed evidences pertaining to the matter. He also informed that whenever Narwal has travelled anywhere, she has informed the concerned IO prior to such travel.

Advocate Adit S Pujari, also appearing for Narwal submitted that if the said condition is modified, they will ensure to inform IO regarding the travel before she leaves the NCT of Delhi.

In view of this, the Court posted the matter for orders on August 24.

She was granted bail in September last year after the Court noted that the video shown by the prosecution does show Narwal participating in the 'unlawful assembly', but it doesn't show anything to suggest that she indulged in or incited violence.

The court further observed that Narwal doesn't pose any flight risk and all the witnesses in the case are either police officers or protected witnesses.

Opposing Narwal's bail, Delhi Police argued that she had opened up her office near the protest site where meetings were held to further their steps to organize protests and riots.

The police also argued that by showing that she's a PhD scholar from JNU and that she knows the law, she instigated people to get violent and throw stones to defend themselves from getting evicted.

While noting that the co-accused Devangana Kalita has already been granted bail in this FIR (by Delhi High Court), the court observed that it is mindful of the fact that there are statements recorded under sections 161 and 164 of the Criminal Procedure Code that accuse Narwal of inciting violence.