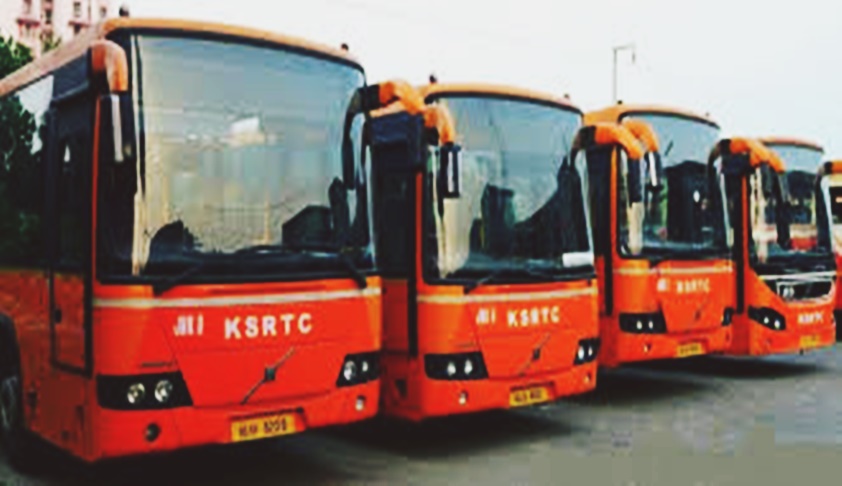 x
“The KSRTC has been giving a false hope to the empanelled conductors appointed provisionally by allowing them to cling on much to the prejudice of the PSC advisees”
Your free access to Live Law has expired
To read the article, get a premium account.

The Kerala High Court has held that the PSC advisees are entitled to be appointed to the post of 'Reserved Conductors' in the Kerala State Road Transport Corporation.

The bench comprising of Justice V. Chitambaresh and Justice R. Narayana Pisharadi allowed the writ appeal filed by PSC Advisees against the single bench order that had dismissed their plea.

On 6th December, 2018, the division bench had passed an interim order directing the KSRTC to dispense with the services of empanelled conductors to accommodate the PSC advisees. The Apex court had refused to interfere with this order. Thereafter, the KSRTC terminated 3,872 empanelled bus conductors.

On Monday, the bench observed:

"Neither can the empanelled conductors be regarded as probationers in the service of the KSRTC nor are they entitled to any preferential claim to future appointment in the same cadre. The mere fact that some of the orders of appointment do not specify the period as 180 days or as daily wages is immaterial when the persons have been sponsored by the Employment Exchange only. Nor can the appointment be termed as falling under Rule 9A of Part II of KS and SSR in the absence of any express agreement between the KSRTC and the persons sponsored by the Employment Exchange."

The court further observed that any substantive vacancies in the post of Conductor Grade II can only be filled up through the PSC or by persons sponsored by the Employment Exchange, strictly in accordance with the provisions of KS and SSR for the period permitted and that too temporarily till the exercise by the PSC is complete.

Nobody compelled them to work for the alleged inadequate wages and this proceeding is certainly not the apt one for ventilation of their grievances against the KSRTC, said the bench while rejecting the plea of empanelled employees that they were not even paid the minimum wages during their tenure of service and that it amounts to forced labour by the KSRTC.

Allowing the appeal of PSC Advisees, the bench said:

"The KSRTC has been giving a false hope to the empanelled conductors appointed provisionally by allowing them to cling on much to the prejudice of the PSC advisees. The appellants who are PSC advisees would not have been appointed by the KSRTC after relieving the empanelled conductors but for the interim orders aforestated. The decision in K.P.S.C.Reserve Conductors Rank Holders Assn.'s case (supra) is binding on the KSRTC and any deviation therefrom is impermissible. "