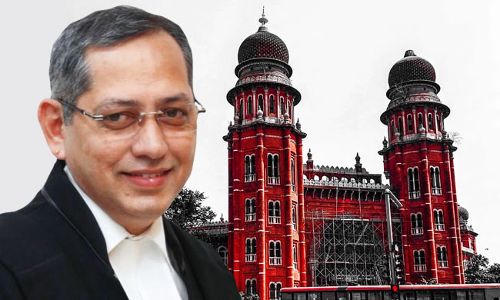 x
"Such Officers.. are unfit to hold the post of Public Information Officer or any other post in connection with the discharge of duties under RTI Act."
Your free access to Live Law has expired
To read the article, get a premium account.

Public Information Officers who mechanically reject the RTI Applications should be shown the doors as they are unfit to hold the said post, said the Madras High Court recently.

Justice S. Vaidyanathan observed thus while dismissing a writ petition filed by Tamil Nadu Public Service Commission which sought to quash an order passed by Tamil Nadu Information Commission directing it to give reply to an RTI query.

Before the High Court, the commission contended that the details (d to f) sought  are not at all warranted and that it would amount to invasion of privacy apart from creation of communal discontent and strife. Rejecting the said contention, the judge observed:

"The apprehension of TNPSC, that in-depth description of castes will create communal unrest, is only an illusion and imaginary and if it is the real concern of TNPSC and the Government, they should think of abolishing the quota system as well as removal of column regarding caste particulars in the school certificate itself, so that the people of Tamil Nadu could stand united under one roof irrespective of caste, creed, religion, etc. at least in the year 2050 and our State will be a model State for the whole of the country."

Referring to the provisions of RTI Act, the court said that any person, who desires to obtain information under the Act shall have to make a request in writing to the authority prescribed under the Act and it is not necessary that a person seeking information is a citizen of the country or has a direct interest in the matter. The court noted that even the office of Chief Justice will come under the purview of Right to Information (RTI). It observed:

Dismissing the writ petition, the judge also directed the Government to circulate this order to all its Departments, Public Sector Undertakings, Corporation, etc., so that the Authorities under RTI Act, will come to know of the legal consequences of non-furnishing of the details sought for by the affected parties / General Public. The judge also noted that the Second Appellate Authority had directed the Public Information Officer concerned and the Appellate Authority to submit their explanation for the offence committed under the RTI Act, which is in consonance with Section 20 of the RTI Act. In this regard, the bench observed:

"It is not known whether the Official concerned submitted their explanation or tendered any apology and it is also not known whether they are still in service or not, as the Writ Petition is of the year 2010. Hence, the petitioner / TNPSC is directed to ascertain the same and inform the actual position, including the names of Officials, who had failed to discharge their official duties as adumbrated under the RTI Act, 2005 along with the compliance report, to the Registrar (Judicial) of this Court, so as to enable this Court to pass further orders in the matter."