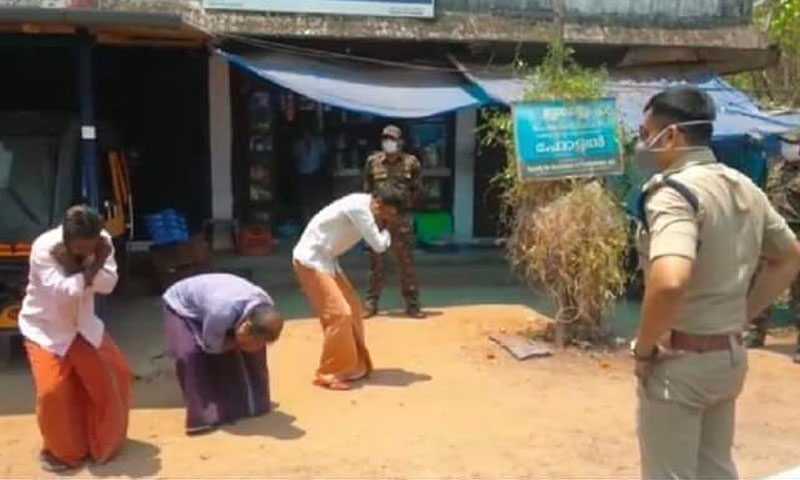 In a press briefing on Saturday evening, Chief Minister Pinarayi Vijayan also criticized the action of the Police Commissioner.

The CM said that he happened to see the visuals of an incident, where Yathish Chandra IPS and his subordinate officers were seen making few men do humiliating sit-ups.

Such incidents diminish the glory of the police, who are otherwise rendering a commendable service during this period, the CM said. He added that a report on this incident has been sought from the State Police Chief and Home Secretary.

Kerala DGP Asks Explanation from Kannur SP Yatish Chandra for this punishment for violation of locked down pic.twitter.com/1wDReEy4a6

There are reports of several incidents of police brutalities across the country against general public to enforce lockdown.

Numerous videos have surfaced on social media platforms, showcasing incidents of police brutality being inflicted on persons who are violating the lockdown. The violence ranges from making the violators crawl on the road to viciously employing lathi charge against them. In one particular case in West Bengal, a man died after being beaten up by the police as he had stepped out to buy milk during the lockdown.