Pulwama Terror Attack: PIL In HC Seeks CRPF Jawans To Be Referred To As 'Martyred' And Not 'Killed' Or 'Died' 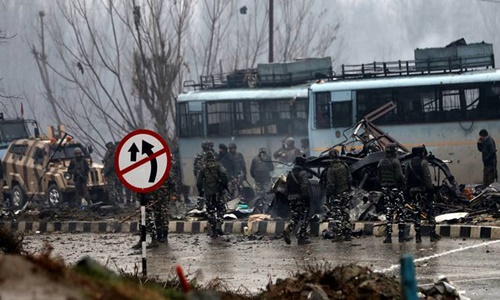 A petition was moved in the Delhi High Court on Friday seeking direction to the print and electronic media to use respectful words for the martyrdom of CRPF jawans while reporting on the Pulwama terror attack and refer to the soldiers as "martyred" rather than "killed" or "died".

The PIL has been filed by advocate Abhishek Kumar Choudhary, who objected to newspapers reports using the words "killed" or "died" while referring to 44 soldiers who laid down their lives in Thursday's terror attack on a CRPF convoy in South Kashmir's Pulwama when a suicide bomber rammed an explosive-laden SUV in CRPF bus.

"…major newspapers have totally failed to show respect/ sensitivity to the martyrdom of the soldiers and have either negligently or by oversight or by getting overwhelmed due to the gravity of the situation, have used the words killed or died in place of 'martyr' or 'Shaheed' which clearly shakes the emotions of the petitioner and of the citizens of the entire country," he said in the PIL.

He also stressed on the point that in such like the situation of the terror attack on the country and its forces, media plays an important role in evoking patriotic thoughts in the citizens and should, therefore, show respect for the martyrdom of the soldiers who take risks on their lives to ensure the country is safe.

The PIL will come up for hearing on Monday.

In the year 2016, Choudhary had moved a PIL in Delhi High Court seeking martyr status for paramilitary and police personnel who sacrifice their lives in the line of duty.

As the Centre maintained that neither is there any such word as 'martyr' used in the Army, Navy or Air Force nor is there any order issued by the Ministry of Defence to this effect, the high court had disposed of that petition while observing orally that anyone who lays down his life for the country is a martyr and needs no certificate