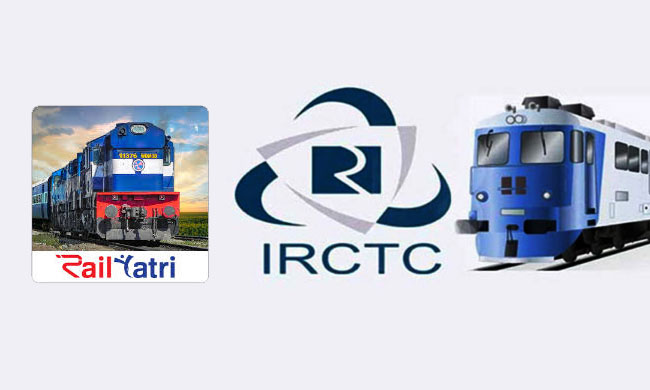 x
"on a deeper consideration of the methodology evolved by M/s Stelling, through its platform railyatri.in connecting the customer to the RSPs and booking tickets by collecting money in its wallet and earning revenue, is surely unauthorized", the Court held.

The Delhi High Court today dismissed the writ petitions filed by Stelling Technologies, which owns and manages the online portal 'railyatri.in' providing service related to rail journeys.The Indian Railway Catering and Tourism Corporation(IRCTC) had cracked whip on the Retail Service Providers(RSP) who were associated with RailYatri by deactivating their access credentials to the...

The Indian Railway Catering and Tourism Corporation(IRCTC) had cracked whip on the Retail Service Providers(RSP) who were associated with RailYatri by deactivating their access credentials to the IRCTC site.

According to the IRCTC, the services by RailYatri were unauthorized, and the RSPs, by associating with it, had violated their contractual terms with IRCTC.

Stelling claimed that RailYatri was only an online platform which facilitates interaction between the customer and the RSP, the authorized agent of IRCTC and that the ticket booking was done by the RSPs using their access credentials. The site makes ticket booking an easy and pleasurable experience, and offers value added services such as real time position of trains, chances of confirmation of ticket, cab and hotel bookings at different locations etc. It only charges a nominal convenience fee at the rate of 1.25% of the ticket fare, claimed Stelling.

However, the IRCTC pointed out that it is the only entity authorized by the Ministry of Railways to supply e-tickets, and that RSPs are delegated agents of the IRCTC, who cannot enter into further transactions with third party entities such as RailYatri.  It also submitted that complaints were received from several customers regarding non-receipt of refund after cancellations of tickets booked through RailYatri. In this backdrop, it carried out a probe, which revealed the unauthorized activities of RailYatri, and in this backdrop, action was taken against the RSPs who were associated with the e-commerce portal.

Two violations of Stelling were pointed out by IRCTC : (1) the customer is not approaching the RSP directly, and (2) the payment is being collected by the petitioner M/s Stelling itself.

The single bench of Justice V Kameswar Rao did not find fault with the actions of IRCTC. The Court noticed that RailYatri had no contractual agreement with IRCTC and proceeded on the basis that IRCTC has the exclusive right to supply e-tickets. The fact that Sterling is directly receiving money from the customer for the ticket booked by the RSP and directly supplying the ticket to the customer suggested that it was indulging in the business of supply of e-tickets, the Court said.

"It is not disputed that the petitioner M/s Stelling which has a platform railyatri.in is neither a PSP nor an RSP and has no privity of contract with IRCTC. No money has been paid by M/s Stelling to IRCTC / PSP to be involved in the process of e-ticket booking or to be integrated in the network initiated / developed by the IRCTC, which according to this Court is a prerequisite to be involved in any manner in the process of e-ticketing and for which integration fee and Annual maintenance fee is required to be paid", the Court observed.

The Court also found "appealing" the argument of the counsel of IRCTC that if such activities are not controlled, huge amounts of public money are susceptible of being siphoned of / misappropriated.

"on a deeper consideration of the methodology evolved by M/s Stelling, through its platform railyatri.in connecting the customer to the RSPs and booking tickets by collecting money in its wallet and earning revenue, is surely unauthorized. No such arrangement is contemplated as per the Rules and Regulations / Policy", held the Court.

"In effect, by resorting to the process of providing the platform to the customers to reach the RSP, and also M/s Stelling through railyatri.in is in fact collecting the ticket fare, the same shall have the effect of booking the tickets, that too without paying integration charges / AMC to IRCTC. Surely, this shall undermine the role of service providers under B2C", the Court went on to add.

It said that Stelling can carry on its business only by fulfilling the conditions of IRCTC.

Based on these observations, the writ petitions were dismissed.