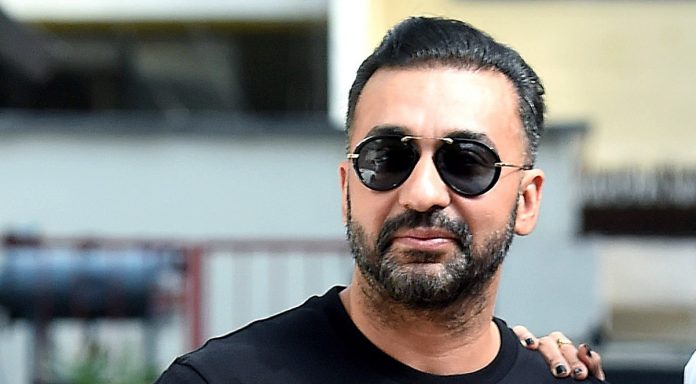 The Mumbai police crime branch arrested Kundra and Thorpe on July 19, 2020. They sought bail on Saturday after the police filed a 1,467-page supplementary charge sheet against them.

Kundra, through his lawyers Niranjan Mundargi and Prashant Patil alleged that he was made a "scapegoat" and there was no evidence against him in the charge sheet of him being actively involved in the creation of alleged questionable content.

They argued that not a single witness claimed he/she was forced to do an illegal act by them. Moreover, celebrities allegedly hired for the mobile application had full autonomy on their videos that were uploaded.

The prosecution vehemently opposed the plea; however, Metropolitan Magistrate SB Bhajipale found substance in Kundra's arguments and granted him relief.

The police have arrested 11 accused in the case that came to light in February this year after a raid on a bungalow in one of the western suburbs of Mumbai. Nine of the accused arrested earlier in the case were charge-sheeted in April before the Esplanade Metropolitan Court.

Kundra and Thorpe were arrested by the Mumbai Police's Crime Branch on July 19, 2021 and have been booked under sections 354(C) (Voyeurism), 292 (sale of obscene content), 293 (sale of obscene objects to persons under 20 years of age), 420 (cheating), 201(destruction of evidence) of the IPC and Sections 66E, 67, 67A (transmission of sexually explicit material) of the IT Act and sections of Indecent Representation of Women (Prohibition) Act 1986.

The police claimed Kundra is one of the main accused in the case. In the charge sheet the police have cited emails, WhatsApp chats between Kundra and other accused and details of 24 hard disks seized from the office of Viaan Industries, owned by Kundra, in Andheri.

The police claimed that Kundra's active role was revealed as employees of his company Viaan Industries maintained the Hotshots App and got remuneration from Kenrin Pvt Ltd.

The crime branch, probing the case, had recently filed a supplementary charge-sheet against Kundra and three others in the case pertaining to alleged creation of pornographic films and publishing them through some apps.

After that, the accused approached the metropolitan court for bail, saying that the investigation in the case was practically over.
Kundra, husband of Bollywood actor Shilpa Shetty, was arrested July 19 after being booked under relevant sections of the IPC and the Information Technology Act. He is currently in judicial custody.

In the bail, filed through advocate Prashant Patil, Kundra claimed that there is not a single iota of evidence till date with the prosecution that would connect the app 'Hotshots' with an offence under the law.