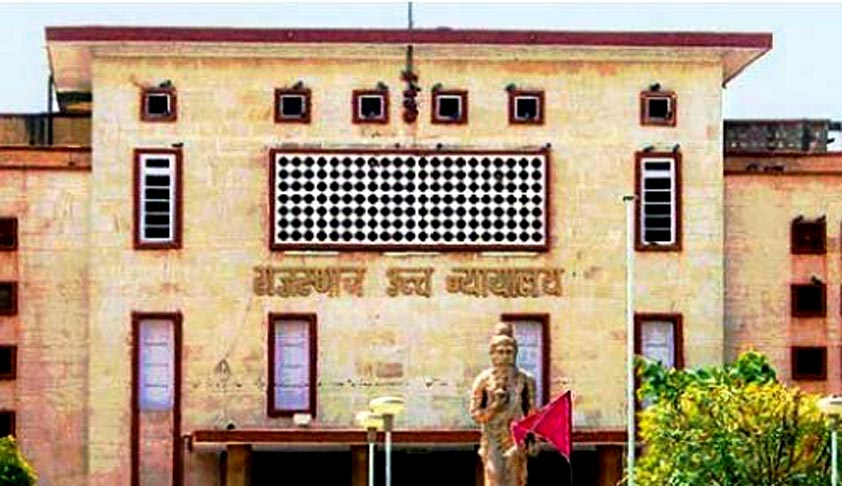 Remarking that ground reality was much worse than statistics on infrastructure in court complexes across the State where a majority of court complexes lacked drinking water, toilets, chambers and even the crucial lock-up facility, the Rajasthan High Court has asked the District Judges to conduct periodic inspection of court complexes to ensure basic minimum cleanliness, hygiene leading...

Remarking that ground reality was much worse than statistics on infrastructure in court complexes across the State where a majority of court complexes lacked drinking water, toilets, chambers and even the crucial lock-up facility, the Rajasthan High Court has asked the District Judges to conduct periodic inspection of court complexes to ensure basic minimum cleanliness, hygiene leading to increased productivity besides directing the State to immediately take steps to provide security to all judicial officers.

A bench of Chief Justice S Ravindra Bhat and Justice Pushpendra Singh Bhati passed a series of directions while expressing worry over the State turning deaf ears to repeat requests for providing security to judicial offices and severe crunch of the most basic amenities in court complexes as it heard a petition moved by Bar Association, Rajgarh on poor infrastructure and security on court complexes.

(i) In the commitment made before Supreme Court only court buildings and residences are included. However, no provision for other facilities like Advocates' Chambers, provision for adequate water supply (drinking and other use) Public Toilets (men and women separately), Litigants' Sheds/resting areas, canteens etc. have not been included. These facilities are essential for smooth functioning of courts.

(ii) A road map has to prepared in relation to all court complexes to provide all required facilities in a time bound manner. The State shall indicate this within a month, after obtaining inputs from local officials- who shall also secure inputs from members of the bar, and the judge in charge or senior most judge of the concerned district or outlying court. Each facility shall be inspected, from the angle of adequacy, cleanliness and proper maintenance.

(iii) Every District Judge should carry out periodic inspections- at least twice a month, to ensure minimum cleanliness and hygiene in the court complexes and its environs, to ensure productivity. In this regard, each district judge shall obtain inputs from members of the bar and wherever intervention is needed urgently, get in touch with the local authorities and the state government who shall ensure that the necessary rectification is carried out, within 3 months of receipt of the intimation of deficiencies.

(v) The High Court Administration shall provide details of all required infrastructure within a month.

The court said so as it has been hearing a Petition moved by Bar Association, Rajgarh in the wake of firing incident in Rajgarh (Churu) court in January, 2018 wherein a gangster had shot dead a history-sheeter.

"Although in some of these places (i.e Alwar, Chittorgarh, Ajmer) new court buildings are under construction, the existing infrastructure needs much to be desired. Almost without exception, public facilities such as toilets and drinking water (for litigants and counsel) was woefully inadequate- in some places, virtually non existent. The toilets in Rajsamand and Ajmer court complexes were unusable; in almost all places there were no, or extremely limited number of ladies' toilets; those which existed, were unclean and unhygienic," noted the bench.

The court noted that in most court complexes, adequate security was not available and despite repeat requests, the State government, though exclusively responsible, has failed to take any steps to provide safety and security to judicial officers.

The court also looked at the grim picture painted by the statistics presented before it by the High Court establishment on infrastructural facilities' position.

Leave aside the lacking toilet, drinking water and parking facilities, even the crucial lock-up facility was lacking in 171 court complexes as against 115 complexes where they are available.

"While statistics and figures paint a grim story, the actual ground reality, it appears is worse. What statistics do not point to is the condition of facilities such as toilets, water supply, their cleanliness and most importantly, their adequacy- having regard to the footfalls (i.e. the number of people who visit courts on an average, daily). Although no census of the number of visitors in these court complexes has been carried out, for any day, on a rough conservative estimate, litigants and lawyers might account for about 150,000. If these figures are taken annually, the total number of people who visit the courts, would add up to over 4.5 crores, which is a substantial number – more than half the population of the State.

"The State has, in the opinion of this court, the primary responsibility of ensuring minimum hygiene and cleanliness in these public buildings, and also ensuring adequate water supply. Furthermore, the State should also ensure general cleanliness, in an appropriate manner, given that these courts fall within jurisdiction of different local bodies (municipalities, panchayats and gram sabhas, development authorities, etc," the bench said.