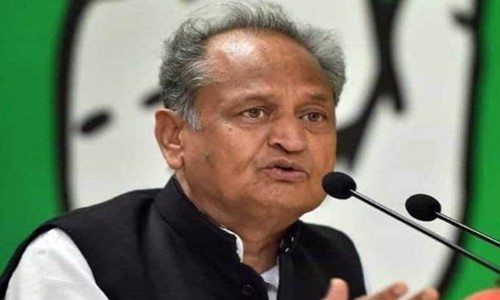 The Rajasthan High Court has issued summons to Chief Minister Ashok Gehlot along with State Election Commission and returning officer on a petition challenging his election from Sardarpura constituency.

Justice Vinit Kumar Mathur directed Gehlot to appear in court for the next hearing on September 27.

Petitioner Arti Gautam has prayed for declaring Gehlot's election from Sardarpura void on the ground that he wrongly wooed voters by making promises like farmer loan waiver, etc.

Gautam had also filed her nomination as an independent candidate from Sardarpura constituency ahead of the December 2018 Rajasthan Assembly elections. Her nomination, however, was rejected by the returning officer.

He said the petitioner was qualified for contesting the elections and demanded cancellation of Gehlot's election.