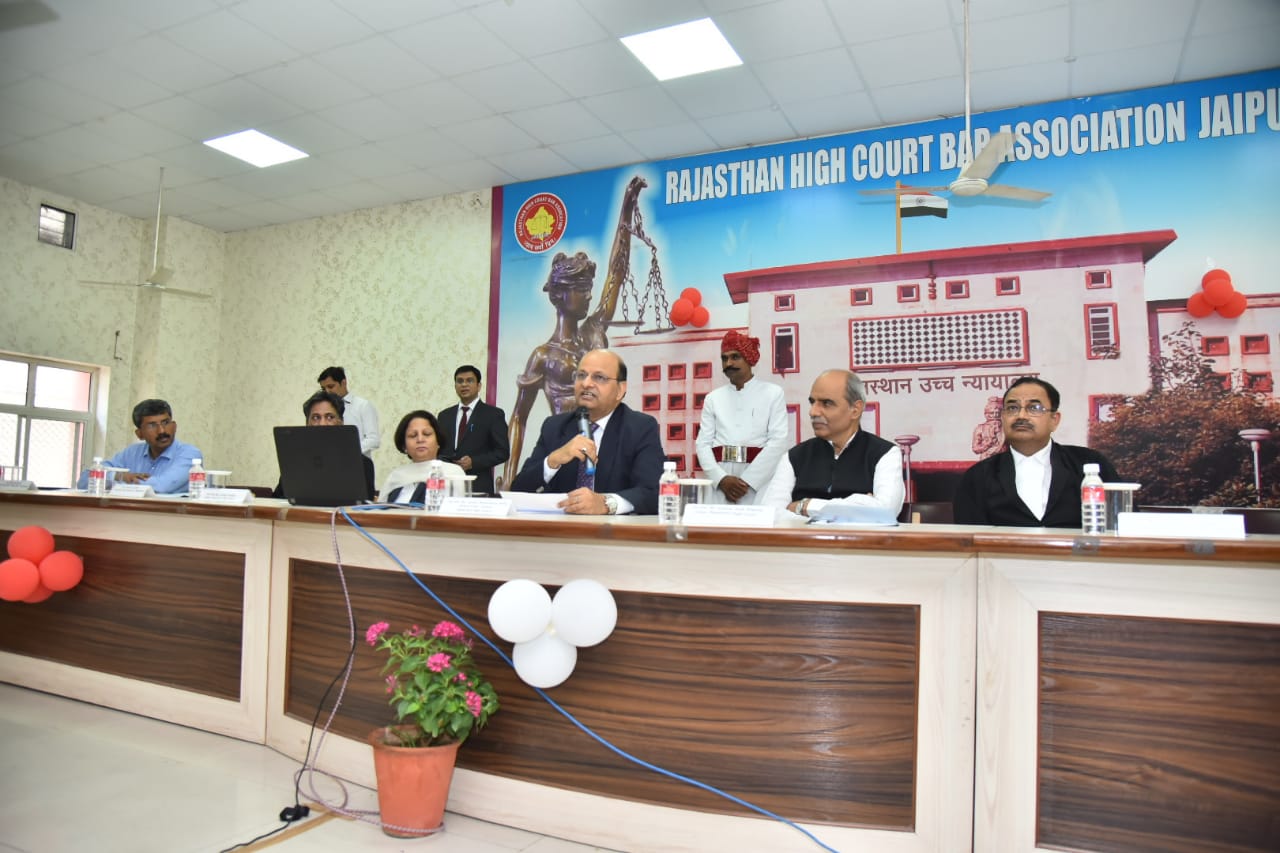 In a big leap towards digital revolution, Rajasthan High Court on Friday launched the first mobile app in the country for electronic service of summons in Hindi.

During the function, the Acting Chief Justice told the gathering of Judicial Officers and bar members that 'NSTEP' has been developed by eCommittee Supreme Court of India and NIC for electronic service of Court Processes through hand held smartphones. The original English version of this App has been customized into Hindi language catering to local needs of Court staff and litigants at Rajasthan.

Rajasthan High Court is first High Court to launch NSTEP in vernacular. 1850 smartphones have been procured for process servers working in subordinate courts.

After the launch of NSTEP, Summons/Notices generated in Hindi by Courts would directly go to the Process Service Wing of the Court and will be allocated to concerned process server. The summon would than be available in the mobile app of the process server who would serve the same by using the mobile app. He will capture photo, signature/thumb impression of the recipient. Besides this, the GPS location of the the place of service will also be saved in the mobile app. The status of service will be immediately communicated back to the respective court issuing the summon in a pre-fed format in which service reports are asked by courts. Courts can immediately verify photo, signature and location of service and proceed with the case according to legal provisions.

This method of process serving will curtail the time consumed in physical postage both at the time of sending Summons and receiving back the report.

Live service was effected during the launch ceremony where a summon issued from Jaipur was served nearly 400 KM away at Sirohi Distrct within couple of minutes. Launching the app, Acting CJ Justice Rafiq said this will curtail the time spend in service of summons and will also make service of Court Processes transparent.

Second Mobile App - Rajasthan High Court eServices Mobile App - was launched both for iOS and android platforms. The new app has feature packed 'MY DIARY' section which will help manage the cases of an advocates' office in datewise format.  Regular updates and notifications will also be provided to user from time to time. New features of Judgment-Order Search and Free Text Search from digital archives of Rajasthan High Court Judgment/Orders have also been added.