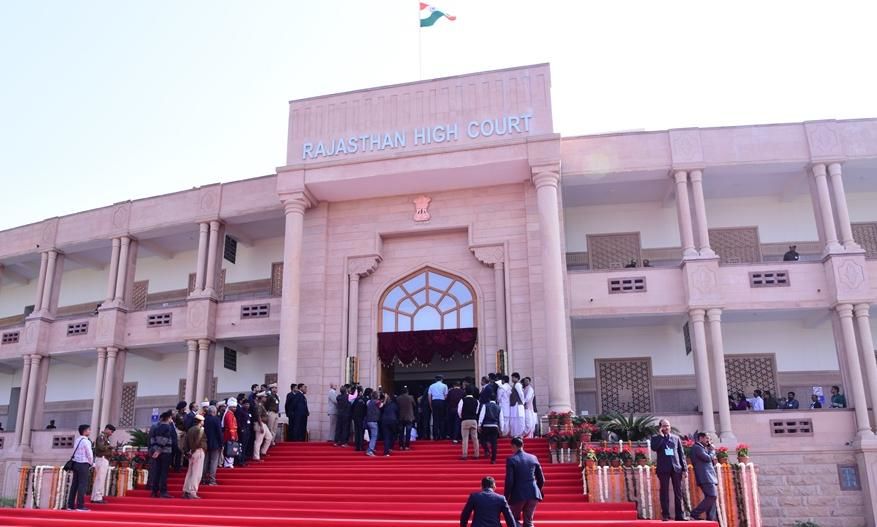 The Rajasthan High Court has granted bail to a woman, accused in a murder case, who has been incarcerated since June 2015, along with her minor daughter.

While observing that the trial is still pending and on being informed that the same is held up on account of delay caused by witnesses, Justice Manoj Kumar Garg allowed her second bail application.

Essentially, the lady has been in judicial custody since June 2, 2015 in connection with an FIR registered at Police Station Kuri Bhagtasni, Jodhpur for the offences punishable under Sections 302 (Murder), 120-B (Criminal conspiracy) and 201 (Causing disappearance of evidence of offence) of the IPC and Section 4/25 of the Arms Act.

Notably, her first bail application was dismissed on 15.12.2016 by the court.

"Having regard to the totality of the facts and circumstances of the case and considering the facts that the accused-petitioner is a lady and she is inside jail since 02.06.2015 along with her minor daughter aged about three years and the trial of the case is yet pending, therefore, without expressing any opinion on the merits of the case, I deem it just and proper to grant bail to the accused petitioner under Section 439 Cr.P.C," the Court said.

The court ordered that the petitioner be released on bail provided she executes a personal bond in a sum of Rs.2,00,000/- with two sureties of Rs.1,00,000/- each to the satisfaction trial court for her appearance before that court on each and every date of hearing and whenever called upon to do so till the completion of the trial.

Moreover, the court placed reliance on the decision of this court in the case of Sunil v. State [S.B. CRMB 4024/ 2022], whereby the coordinate bench granted bail to the accused-petitioner for offence under NDPS Act on the ground that he has been suffering incarceration for more than four and a half years.

The counsel for the petitioner stated that the petitioner is a lady and she has been inside jail since 02.06.2015 along with her minor daughter, who was aged about three years at that time; and the trial of the case is yet pending. He further submitted that the trial proceedings are not being concluded on account of failure of the witnesses in appearing before the trial court. In such circumstances, the benefit of bail may be granted to the accused-petitioner.