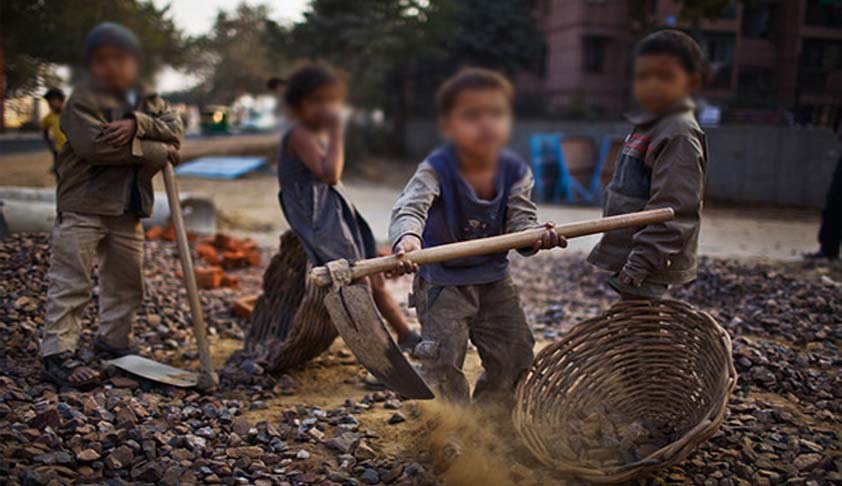 While hearing a public interest litigation seeking to institutionalise effective machinery and mechanism for rescue and post rescue rehabilitation of all child labourers in the State of Rajasthan, a division bench of the High Court has observed that a firm and concrete action plan is required from the state to curb child labour activities in the state.

Notably, in compliance with the court's previous order on 17.06.2020, the state has formed a high level committee comprising the Secretary, Department of Labour and the Labour Commissioner as Chairman and Secretary of that committee respectively. Further, detailed directions were also issued in the present matter on 28.09.2020 by the court.

"Since, the committee had already been constituted by the State on 17.06.2020, we direct the respondent-State to place before the Court, the action so far taken by the said committee to prevent child exploitation and labour. Moreover, a firm and concrete action plan is also necessary to curb these activities. The high level committee constituted vide order dated 17.06.2020 is required to address these issues with the help of experts from various fields and if necessary NGOs who are already involved in protection of children."

On perusal of the state's report, the court observed that a number of child labourers were found in police action and were later rescued. Large number of criminal cases have also been registered against those involved in child trafficking and exploitation of children in various small/large scale industrial and commercial activities. The court found that action has also been initiated where a child labour were found dead

The division bench, while examining the reply filed by the state, said,

"Further, it is also revealed that the child labours are being trafficked from other States of the country which are mostly those areas where because of poor economic condition and abject poverty, they become easily available for such exploitative practices. Obviously, this all is being done through organized activities where children from other States or within the State of Rajasthan are being trafficked and brought to certain areas to work as child labour in exploitative condition until they are rescued and rehabilitated."

The court also compared the number of cases in other areas and observed that a high number of cases of offences against children in certain identified areas are being carried out by unscrupulous elements by deploying child labourers.

In this regard, the court observed that the high level committee should focus on this issue and prepare appropriate action plan with the help of experts/NGOs to ensure that such exploitative child labour practices are put to halt. The court noted that allowing such activities to first happen and then taking action by registering offence is not enough. Appropriate action plan is required to be prepared and implemented to prevent such activities so that the children are not put to such exploitative practices as child labourers, added the court..

During the course of hearing, the respondent's counsel informed the court that she had filed two affidavits which highlighted that after rescue of children, the rehabilitation mechanism is required to take further steps which includes payment of compensation and rehabilitation of children and other rehabilitatory practices.

Moreover, the court also sought the action so far taken by the high-level committee along with a concrete action plan, as observed hereinabove, from the State on the next date of hearing.