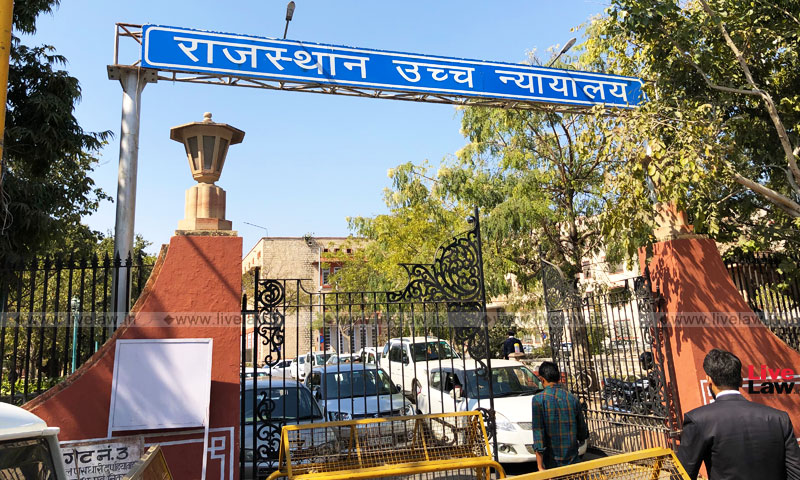 The division bench of Rajasthan High Court observed refused to accept petitioner's claim for compassionate appointment after a great lapse of 17 years. Justice Anoop Kumar Dhand and Justice Manindra Mohan Shrivastava, ruled, "We are of the considered opinion that the contentions put forward by the counsel for the petitioners, do not carry any merit, as the subsequent...

The division bench of Rajasthan High Court observed refused to accept petitioner's claim for compassionate appointment after a great lapse of 17 years.

"We are of the considered opinion that the contentions put forward by the counsel for the petitioners, do not carry any merit, as the subsequent representations were made after a decade. Thus, this Court is not able to accept the claim of the petitioners for compassionate appointment after a great lapse of 17 years. Thus, the impugned order dated 19.08.2021 passed by the Tribunal warrants no interference by this Court."

Placing reliance on Gov of India v. P. Venkatesh, the court opined that the petitioners approached the Tribunal after a lapse of almost 13 years from the date of death of the employee concerned. In P. Venkatesh, the Apex Court rejected the application for compassionate appointment where the person concerned had approached the Tribunal after a period of a decade of the deceased. The Apex Court held that the compassionate appointment is intended to enable the family of a deceased employee to tide over the crisis which is caused as a result of the death of an employee, while in harness. The essence of the claim lies in the immediacy of the need.

The court noted that in Punjab State Power Corporation Ltd. v. Nirval Singh [(2019) 6 SCC 774] Apex Court held that delay in pursuing claim/approaching court would mitigate against claim for compassionate appointment as the very objective of providing immediate amelioration to family would stand extinguished. Further, the court also relied in State of J & K v. Sajad Ahmed Mir [(2006) 5 SCC 766], wherein the Apex Court held that once it is proved that in spite of the death of the breadwinner, the family survived and the substantial period is over, there is no need to make appointment on compassionate ground, at the cost of interests of several others ignoring the mandate of Article 14.

Additionally, the court added in Indian Bank v. Promila [ (2020) 2 SCC 729], it has been held that sympathy with the respondents about the predicament they faced on the death of deceased but sympathy alone cannot give remedy to the respondents and it is not for the courts to substitute a scheme or add or subtract from the terms thereof in exercise of judicial review.

In this matter, the deceased-employee died on 19.05.2003, while he was in service. Thereafter, the petitioners submitted an application for appointment on compassionate ground to the petitioner No.2-deceased son, in 2003, but was denied appointment vide order dated 05/12.04.2005 by the respondents by saying that there is ban on direct recruitment on Group "C" and "D" posts and finally the matter was closed by the respondents on 13.06.2006 by reiterating the same, that posts in Group "C" are not available.

Notably. petitioners did not challenge the orders dated 05/12.04.2005 and 13.06.2006 before any competent forum of law. Thereafter, after ten years, they started making representations to the concerned authorities, which was reconsidered by the respondents but their claim for compassionate appointment was denied vide order dated 12.09.2016.