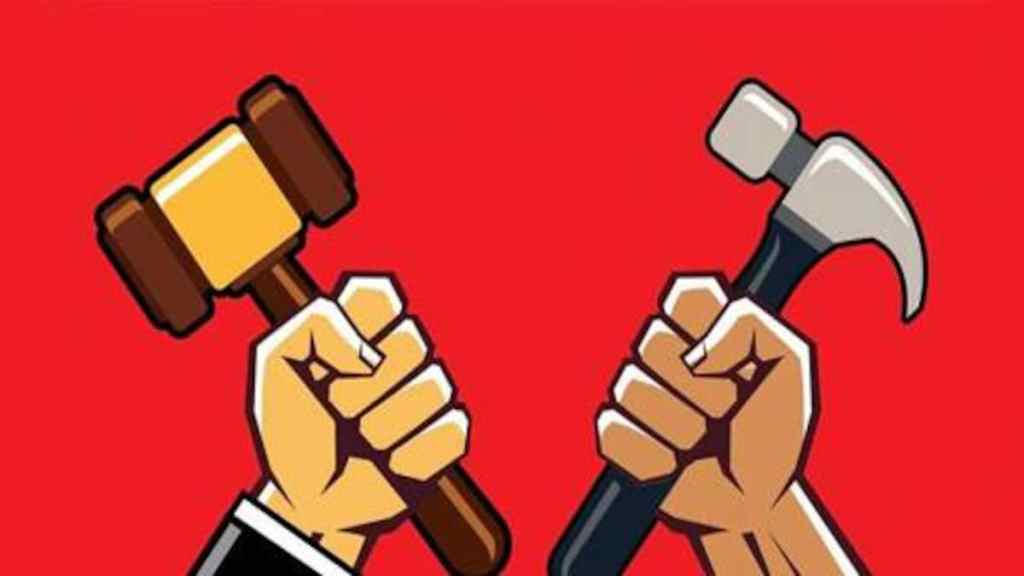 x
Settlement must be entered in the register maintained under Rule 75 of Rajasthan Industrial Disputes Rules, 1958.

The Rajasthan High Court has held given the "unequal bargaining power" between an employer and its workmen under Industrial Disputes Act, 1947, the settlement arrived at between them must be sent to the State Government, Labour Commissioner and the conciliation officer concerned for scrutiny.It further observed that in absence of compliance of this condition, the settlement cannot be said to...

The Rajasthan High Court has held given the "unequal bargaining power" between an employer and its workmen under Industrial Disputes Act, 1947, the settlement arrived at between them must be sent to the State Government, Labour Commissioner and the conciliation officer concerned for scrutiny.

It further observed that in absence of compliance of this condition, the settlement cannot be said to be binding on the parties in terms of Section 18(1) of the Industrial Disputes Act, 1947.

"The provisions are not without reason, inasmuch as on account of unequal bargaining power between the workmen and the management, in case a mutual settlement is arrived at the same becomes binding under the provisions of Section 18 (1) of the Act and, therefore, to ensure that the agreement arrived at is examined by the authority i.e. the Labour Commissioner and the conciliation officer, the same is required to be sent to them and entered in the register of settlement maintained by the conciliation officer."

In this regard, the court opined that there is no indication in the agreement and in respondents' reply that the agreement in question was ever sent to the Labour Commissioner, Rajasthan and/or to the conciliation officer and that the same is entered in the register maintained under Rule 75 of the Rajasthan Industrial Disputes Rules, 1958.

Further, the court ruled that the petitioners would be entitled to semi-permanent and permanent status from the date of their initial appointment along with the benefit of selection grade on completion of 9, 18 and 27 years of service in accordance with law, which would also be reflected in their entitlement to salary and/or pension. The court added that after calculating all the benefits available to the petitioners based on the above directions, the petitioners would be entitled to the actual monetary benefits w.e.f. three years prior to filing of the respective writ petitions.

It was also observed by the court that once the award was passed and the State by filing the writ petition got the same modified in relation to back wages and the cross appeals came to be dismissed along with Special Leave Petition filed by the State, there was no occasion whatsoever for the State then to indulge in maneuvering to deprive the petitioners of their rights under the award passed by the Labour court.

It was added by the court that with the modification of the award by the learned Single Judge, the award as passed by the Labour Court merged in the order of the High Court and, therefore, the action of the respondents thereafter amounts to violation of the directions of the Court as passed in the writ petition and the special appeal, which cannot be countenanced under any circumstance.

The court opined that the petitions cannot be thrown out on account of alleged unexplained delay and laches. In this regard, the court also opined that considering the background of the petitioners being illiterate, tribal and belonging to lower strata of the society and working as Beldar/Coolie and now in advanced age, the petitioners apparently being oblivious of the illegality on the part of the respondents and their rights under the award and only after passing of the order in the case of Smt. Balmandi becoming aware of their rights, they immediately approached the court. However, the court added that for balancing the equities, the actual benefit available to the petitioners can be restricted for three years from before the filing of the writ petitions.

It was also observed by the court that none of the judgments relied by respondents pertain to a case where after the award was passed and was upheld upto the Supreme Court. Thereafter, a purported agreement was entered into seeking to deprive the workmen of their rights under the award and, therefore, the court opined that the judgments relied by respondents have no application to the facts of the present case.

Essentially, the petitioners, who are very low paid employees working on the post of Beldar/Coolie with the Mahi project, were appointed in the 1980s. However, their services came to be terminated by the respondents. Later, they were directed by the Labour Court to be reinstated with 50% back wages to consider the services of the workmen as continuous. Thereafter, the single judge bench of this court modified the Award to the extent that 106 workmen shall be entitled for 50% of back wages from the date of reference till the date of Award along with interest from the date of reference. This was also affirmed by Division Bench and SLP against the same was dismissed by Apex Court.

Meanwhile, the single judge directed implementation of the Tribunal's Award on or before 30/11/2000. Thereafter, the Executive Engineer, Mahi Dam Division - I, Mahi Project, Banswara passed an order based on the Award as upheld by this Court and an agreement was entered into between the respondents and Mahi Shramik Sangh, declaring the workmen as semipermanent and granting them pay scale of Rs.2550 – 3200. It was also directed that the workmen would be entitled to cash benefit w.e.f. 1/1/2005. The order was accompanied by names of workmen and considering their date of initial appointment, they were reinstated w.e.f. 1/8/2000 and thereafter, were shown as semi permanent w.e.f. 1/8/2002. It appears that, whereafter, at the end of 10 years from the date of reinstatement they were conferred permanent status. While few of the employees have since retired, the petitioners are almost at the fag end of their service.

The counsel for the petitioners submitted that the respondents having violated the Award of the labour court and the directions given by this Court ordering implementation of the Award, cannot seek to hide behind the agreement, which on its face is illegal inasmuch as the same has deprived the petitioners of their entitlement of continuity of service from the date of initial appointment, resulting in loss to them of period ranging from 15 to 20 years which would have cascading effect on their salaries as well as pensionary benefits and consequently the petitions be allowed and the reliefs as prayed be granted to them.

On the other hand, the counsel for the state submitted that there is no estoppel and/or bar in law in entering into an agreement after the Award has been passed and, therefore, the plea sought to be raised has no substance. It was further emphasized that there is huge delay in approaching this Court as the agreement was entered into way back in 2005 and implemented thereafter and, therefore, on account of unexplained delay and laches the petitions are liable to be dismissed.