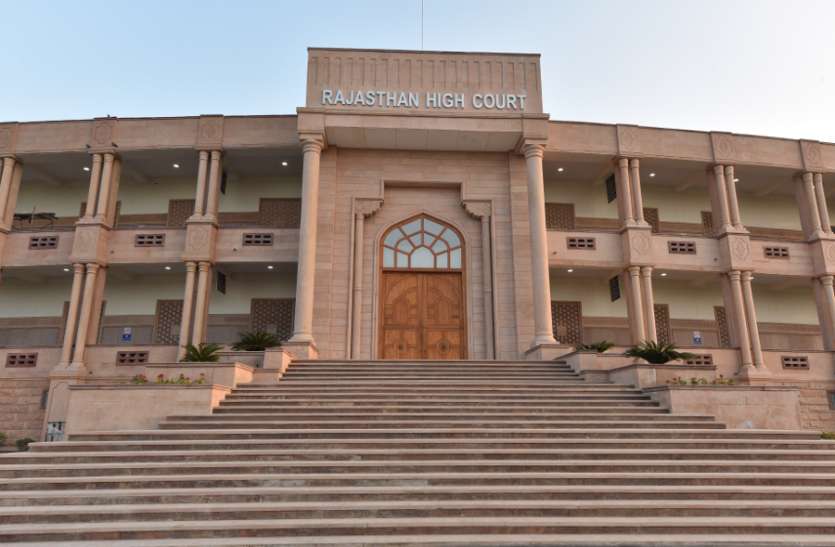 In a significant judgment, the division bench of Rajasthan High Court, Jodhpur observed that denial to the convict-prisoner to perform conjugal relationship with his wife more particularly for the purpose of progeny would adversely affect the rights of his wife. In this regard, the court granted 15 days parole to the life convict. The bench opined that Hindu philosophy also...

In a significant judgment, the division bench of Rajasthan High Court, Jodhpur observed that denial to the convict-prisoner to perform conjugal relationship with his wife more particularly for the purpose of progeny would adversely affect the rights of his wife. In this regard, the court granted 15 days parole to the life convict.

The bench opined that Hindu philosophy also advocates the importance of pitra – rin, i.e. parental debt. Our lives are the consequence of the fact that ancestors have been carrying and forwarding the said pitra rin, it is because of this, life came to us and in order to maintain the continuity of life, we must pay off this debt, added the court.

"As an upshot of the observations made herein above, we are of the considered view that though there is no express provision in the Rajasthan Prisoners Release On Parole Rules, 2021 for releasing the prisoner on parole on the ground of his wife to have progeny; yet considering the religious philosophies, cultural, sociological and humanitarian aspects, coupled with the fundamental right guaranted by the Constitution of India and while exercising extra ordinary power vested in it, this Court deem it just and proper to allow the instant writ petition."

Essentially, the convict prisoner Nand Lal is lodged at the Central Jail, Ajmer Till date, he has undergone imprisonment of around six years out of sentence of life imprisonment awarded to him including remission. His wife, Smt. Rekha, has moved an application addressing to the District Parole Committee, Ajmer averring therein that conduct of his husband had been exceedingly well in the jail premises and he was earlier granted first parole for 20 days, which he availed satisfactorily and surrendered back to the prison on due date. She averred that she has not begotten any issue from their wedlock and thus, for want of progeny, she craves for 15 days emergent parole.

As no order has been passed therein till date by the Committee, the convict-prisoner , thus, preferred the instant writ petition through his wife.

It was observed by the court that the right of progeny can be performed by conjugal association, the same has an effect of normalizing the convict and also helps to alter the behaviour of the convict prisoner. The court opined that the purpose of parole is to let the convict re-enter into the mainstream of the society peacefully after his release. The wife of the prisoner has been deprived of her right to have progeny whilst she has not committed any offence and is not under any punishment, added the court.

Reliance was placed by the court on D. Bhuvan Mohan Patnaik and Others v. State of Andhra Pradesh & Ors [AIR 1974 SC 2092], wherein Apex Court declared that convicts cannot be denied the protection of fundamental rights which they otherwise possess, merely because of their conviction.

Further reliance was placed on Jasvir Singh and Another v. State of Punjab [2015 Cri LJ 2282], wherein Apex Court held that the "right to procreation survives during incarceration" and "is traceable and squarely falls within the ambit of Article 21 of our Constitution". It had then directed the Punjab government to constitute a Jail Reforms Committee, to be headed by a former high court judge. Among other things, this committee was to "formulate a scheme for creation of an environment for conjugal and family visits for jail inmates and identify the categories of inmates entitled to such visits, keeping in mind the beneficial nature and reformatory goals of such facilities".

"In view of the fact that the spouse of the prisoner is innocent and her sexual and emotional needs associated with marital lives are effected and in order to protect the same, the prisoner ought to have been awarded cohabitation period with his spouse. Thus, viewing from any angle, it can safely be concluded that the right or wish to have progeny is available to a prisoner as well subject to the peculiar facts and circumstances of each case. Simultaneously, it is also found apposite to hold that the spouse of the convict-prisoner cannot be deprived of his or her right to get progeny."

The court ordered that the convict-petitioner be released on emergent parole for 15 days days from the date of his release provided he furnishes a personal bond in the sum of Rs.50,000/- along with two surety bonds of Rs.25,000/- each to the satisfaction of the Superintendent, Central Jail, Ajmer on usual terms and conditions.

The court opined that as per Hindu philosophy, Garbhadhan, i.e. attaining the wealth of the womb is the first of the 16 sacraments. The court added that scholars trace Garbhadhana rite to Vedic hymns, such as those in sections 8.35.10 through 8.35.12 of the Rigveda, where repeated prayers for progeny and prosperity are solemnized.

The court noted that in Judaism, Christianity, and some other Abrahamic religions, the cultural mandate is the divine injunction found in Genesis 1:28, in which God, after having created the world and all in it, ascribes to humankind the tasks of filling, subduing, and ruling over the earth. The cultural mandate, which was given to Adam and Eve, includes the sentence "Be fruitful and multiply and fill the Earth.", added the court.

Further, the court stated that the preservation of lineage is also greatly emphasized by the Islamic Shariah and the Cairo declaration of human rights in Islam also supported the protection of lineage in Islam. All the articles of CDHRI covered the five basic human rights mentioned in Maqasid I Shariah, added the court. The court also noted that the first main objective of Maqasid I Shariah is the completion of human's necessity; in which protection of progeny (nasl) is the foremost purpose.

It was also stated by the court that when a convict is suffering to live in prison, he/she is deprived to perform three of the four purusharths, i.e. Dharma, Artha and Moksha are to be performed alone, however, in order to perform/exercise/pursue the fourth Purushartha, i. e. Kama, the convict is dependent on his/her spouse in case he/she is married.

In addition to this, the court observed,

"At the same time, the innocent spouse of the convict is also deprived to pursue the same. In a case where the innocent spouse is a woman and she desires to become a mother, the responsibility of the State is more important as for a married woman, completion of womanhood requires giving birth to a child. Her womanhood gets magnified on her becoming a mother, her image gets glorified and becomes more respectful in the family as well in the society. She should not be deprived to live in a condition wherein she has to suffer living without her husband and then without having any children from her husband for no fault of her."