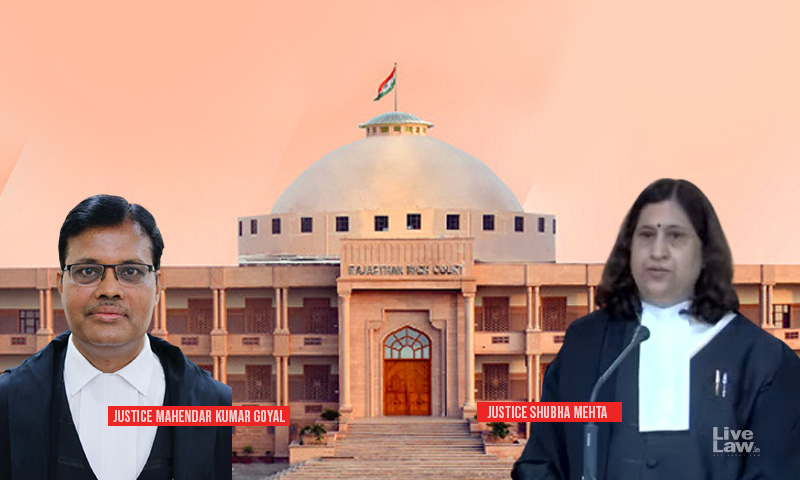 The swearing-in ceremony is noteworthy because this is the first time in the history of the Rajasthan High Court that a husband-wife duo will be sitting at the High Court at the same time. Notably, Justice Shubha Mehta is married to Justice Mahendra Kumar Goyal, who was elevated to the Bench on November 6, 2019 and has been serving as the Rajasthan High Court judge since then.

The Rajasthan High Court has a total sanctioned strength of 50 Judges, which includes 38 permanent and 12 additional judges. Presently, there exist no additionally appointed judge working in the High Court. With the new appointments, the working strength of the High has now increased to 27

The Centre had notified the appointments of the two judges on June 3, 2022.

With the appointment of Justice Shubha Mehta today, the High Court has received its 12th female judge. The High Court now has two female judges, including Justice Rekha Borana. Notably, no female Chief Justice till date has been appointed since the establishment of the Rajasthan High Court in 1949.

Women On The Bench: Madras HC Leads With 13 Women Judges, Followed By Delhi & Telangana; 5 HCs Have No Women Representation

The list comprises of only one women Advocate, i.e. Gayatri Rathore, who was appointed from Jaipur Bench.

Moreover, in response to a query, the Ministry of Law and Justice had recently informed the Lok Sabha that from January 1, 2021 till March 30, 2022, the Supreme Court Collegium has recommended 39 women for appointment as High Court Judges, out of which 27 women were appointed and remaining 12 cases are under various stages of processing.

Also Read: Women Should Demand 50% Reservation In The Judiciary, Not As Charity But As A Matter Of Right: CJI Ramana