State Is Trustee Of All Natural Resources, Must Be Conscious To Maintain It: Rajasthan HC On Illegal Mining, Encroachment In Forests; Appoints Amicus 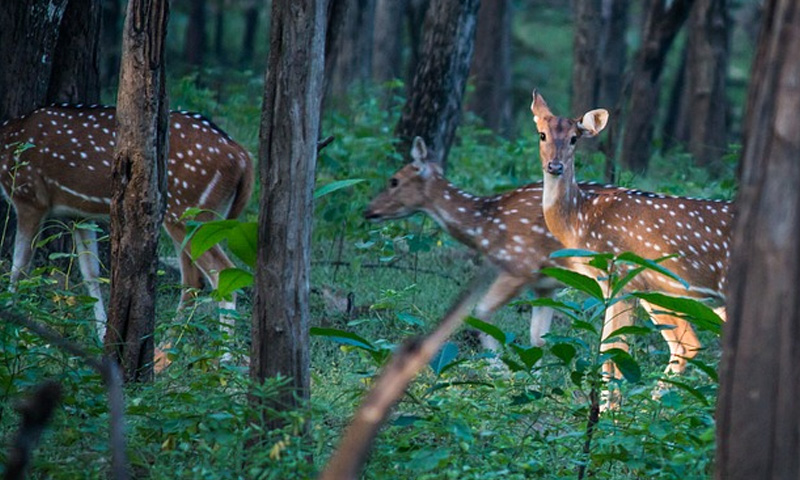 In a batch of writ petitions concerning the issue, the court noted that it is a very sorry state of affairs that the concerned authorities have not carried out their duties for the reasons best known to them, in spite of notification issued under the Indian Forest Act, 1927, Wild Life Protection Act, 1972 and other relevant Legislations.

Notably, during the course of hearing , the court was informed that the 'Guidelines Tourism in and around Tiger Reserves' are not followed in letter and spirit nor the Tiger Conservation Plan (TCP) for the period 2023-34 is forwarded to the National Tiger Conservation Authority (NTCA) till date.

"It is very sorry state of affairs that the respondents, in spite of notification issued under the respective statutes i.e. the Indian Forest Act, 1927, Wild Life Protection Act, 1972 and other relevant Legislations, the State Authorities have not carried out their duties for the reasons best known to them.

The forest land, which is notified for a given purpose and is lung of the State and green belt is exploited, encroached and eaten away due to negligence and malafides of the State Instrumentalities/respondents. Irreparable loss is caused to the State, the direct effect is reflected on the environment."

The court said that it will deal with the issue pertaining to illegal mining on the next date.

The court highlighted that the Doctrine of Public Trust was founded upon the idea that certain common properties such as reserves, forest areas, wildlife held in the Government Trusteeship, for the free and unimpeded use of the general public, should be taken care of. The State is the trustee of all natural resources which are by nature meant for public use and enjoyment and it should be conscious enough to maintain it, added the court.

"Once there is a breach of a public trust and the notifications of the Government of India qua environment and forest are not adhered to and necessary compliances are not made, it becomes duty of this Court to act as a custodian and to take appropriate measures and also the duty of Government of the State and the Executives concerned that the said job be carried out to preserve the natural resources in their pristine purity so as to enforce the Doctrine of Public Trust", the court said.

"On consideration of the aforesaid facts, it appears that there is slackness and mala-fide approach in carrying out the duties in good faith on the part of the respondents. Industrial areas and activities are actuated on the forest land and permission is granted by the State and its Instrumentalities, activities contrary to the guidelines framed by the Apex Court are carried out in the sanctuaries, reserve forest and areas in and around them and the Collector, Chief Conservator of Forest and related officers are silent. It is only on activation of the Court that they issue directions. This Court is of the opinion that on the next date, appropriate consideration of the facts need to be analyzed and appropriate orders qua the same need to be passed."

In this regard, the court directed the state to explain the delay in carrying out the duties of recording of the forest land in the revenue records, to define the boundaries, to mark physical boundary line.

"We often forget that- There is no life without nature. There is no Planet B and in the words of Mahatma Gandhi, we have borrowed this planet and natural resources from our future generations lest inherited it. The nature despite of our interventions will still find a way to live and survive but it will be us who will have to face the catastrophic effects of it."

DIRECTIONS BY THE COURTS

The Principal Secretary of the Forest Department was directed to prepare the Tiger Conservation Plan for 2022-23 to 2033-34 in a most efficient, transparent and careful manner so that the purpose and object of the same is fulfilled and does not remain an eye-wash. In furtherance, the ASG informed that the same will be considered and approved, if found appropriate, in accordance with law on defined terms and conditions.

The Principal Chief Conservator of Forest (HOFF) and also the Chief WildLife Warden assured the court that appropriate orders and directions will be issued for indiscipline in Zypsy Safari, non recording of entry in the different sanctuary and forest reserves. They also appraised the court that in the light of indiscipline in Ranthambore Sanctuary and for other forests and sanctuaries certain orders have already been passed on 19.05.2022.

Notably, the court appointed Sr Adv. Rajendra Prasad and Adv. Sunil Samdaria as Amicus Curiae. The court asked them to submit compilation of the related judicial pronouncements on the subject, apprise the Court about the listing of matters, go through the revenue records, the concerned notifications issued under the respect Act, guidelines framed by the Apex Court and thereby assist the Court in passing appropriate orders.

In furtherance, the court asked the Registrar (Judicial) as well as the Secretary, Rajasthan State Legal Services Authority, Jaipur to provide full assistance and cooperation to the respective Amicus Curiae whenever required. The court noted Amicus Curiae is expected to submit their response and assistance to the Court in all the connected matters by the next date of hearing. The court also noted that Adv. Abhishek Sharma, who was already appointed as Amicus Curiae in one of the writ petitions, will continue to assist the Court in all the connected matters.

The court refused to pass any orders on Friday after receiving assurance given by Principal Secretaries of Forest and Revenue Departments that on the next date of hearing, the revenue records will be updated in accordance with the provisions of the notifications issued under the respective Acts like the Indian Forest Act, 1927 etc. It was assured by them that the necessary entries/corrections will be made in the revenue records qua the various forest lands, sanctuaries and reserves in a time bound manner.

Additionally, the court directed Chief Secretary, Government of Rajasthan to consider the same, evaluate personally and ensure necessary compliance of statutory provisions, guidelines and court's directions expediently to avoid adverse orders qua the concerned officer's, failing which, necessary explanation shall be called upon by the court as to any violation.

Further, the District Collectors of Sawaimadhopur, Alwar, Jaipur were directed by the court to issue appropriate orders before the next date of hearing in the light of notification wherein 'Guidelines for Tourism in and around Forest Reserves' are specified.

Moreover, the court warned that if the concerned authorities fail in complying with the aforesaid orders, then appropriate proceedings will be initiated against them.