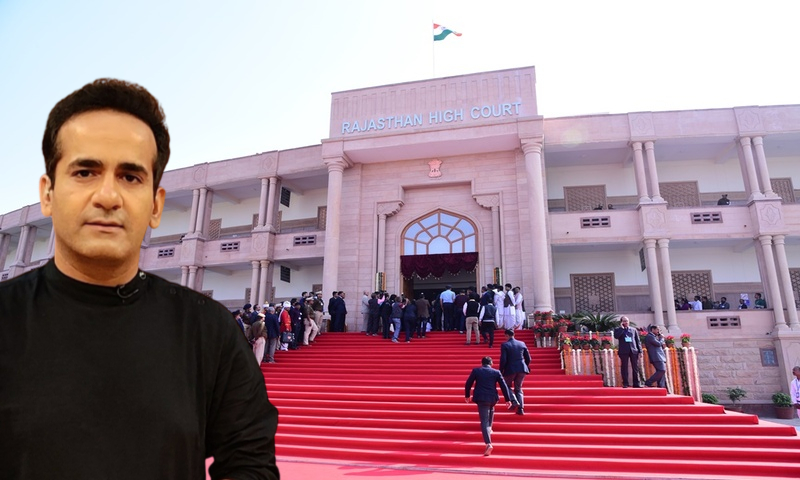 The Jodhpur Bench of Rajasthan High Court has directed News 18 Journalist Aman Chopra to appear before the Investigation Officer on May 27, 2022 for interrogation pertaining to an FIR registered against him for airing a discussion show named as "Desh Jhukne Nahi Denge" and subsequently posting it on his Twitter account, which allegedly resulted in communal disharmony and communal riots on 22.04.2022 at Alwar.

The court ordered that he shall be allowed a 45 minutes break to have lunch etc. between the interrogation which shall take place between 10:30 a.m to 5:00 p.m.

"In view of the above, the petitioner is hereby directed to appear before the Investigating Officer on 27.05.2022, for interrogation which shall take place between 10:30 a.m to 5:00 p.m. The petitioner shall be allowed 45 minutes break to have lunch etc."

On May 11, the court had directed the state police to not investigate allegations levelled against him of committing offence punishable under Section 124-A of the IPC (Sedition). Importantly, the court had issued this direction in the light of order of the Supreme Court wherein 152-year-old sedition law [under Section 124A of the Indian Penal Code] has been kept in abeyance till the Union Government reconsiders the provision.

He has been booked under Sections 124-A (sedition), 295-A (acts intended to outrage religious feelings), and 153-A (promoting enmity between different groups) of the Indian Penal Code.

In the subsequent two FIRs [FIR No. 200/2022 and FIR No. 372/2022], he was granted relief on May 7, as the Court ordered an order granting interim protection from arrest. Regarding the very first FIR, for which the instant plea had been filed, the Court had observed that investigation, including the petitioner's interrogation, is necessary before reaching any concrete conclusion regarding the commission of offences alleged against the petitioner.

Now, the court on Tuesday, while ordering that the interim order to continue, has listed the matter on 08.07.2022.