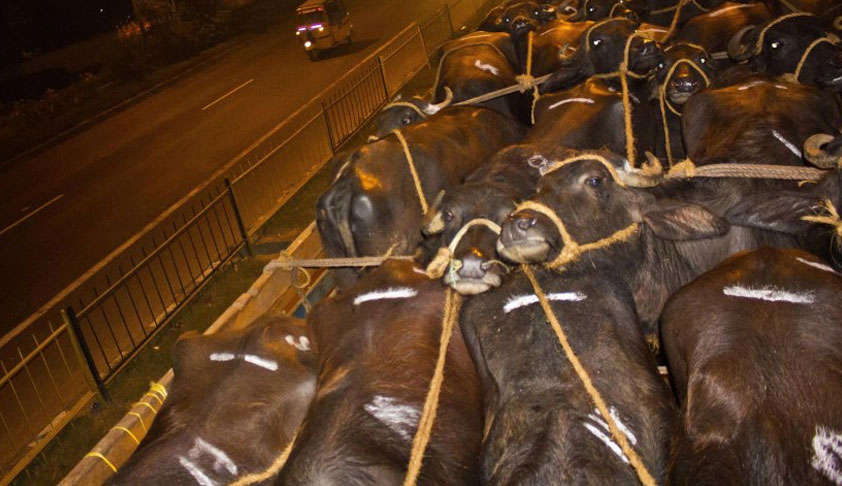 The Rajasthan High Court has directed the State government to evolve a mechanism to ensure affixing of reflectors on all types of Animal Carts, Tractor Trolleys and similar types of rides on road. The Court also directed to ensure that the persons, who ride on roads without adopting proper safety measures, so as to endanger the life and safety of other persons, be dealt strictly under the provisions of relevant penal laws.

"Before parting with the judgment with the intent to save several human lives from road accidents this Court deems it fit to direct the State Government to evolve mechanism so as to ensure affixing of reflectors on all types of Animal Carts, Tractor Trolleys and similar types of rides on road."

The court ordered that a copy of this judgment be sent to the Chief Secretary, Government of Rajasthan for necessary action and submitting compliance report.

Essentially, the claimants were going on a Camel Cart from Palana village to Bikaner at 3 AM when a Bus being driven rashly & negligently came from behind and hit the Camel Cart. Resultantly, the camel died on the spot and claimants sustained grievous injuries, for which claimants i.e. Smt. Bano, Sonu and Fataram sought compensation to the tune of Rs. 3,50,000/-, Rs. 2,27,000/-& Rs. 7,50,000/- respectively.

The claim petition was opposed by the appellants on the ground that the accident took place on account of rash & negligent driving by the driver of Camel Cart; the Bus was going on the right side; the Camel Cart was being driven in the middle of the road and was heavily loaded with the bags of cluster beans. Appellants alleged that a Truck came from the opposite side and on account of high beam lights of Truck, Camel Cart got unbalanced, resultantly, bags fell on the Camel Cart and collided with the bus. It was averred that the Bus was not being driven rashly & negligently and the accident was the result of negligence on the part of the Cart driver.

Thereafter, the Motor Accident Claims Tribunal, Bikaner, while holding the non-claimants liable for the accident, awarded compensation in favour of claimants, which includes a sum of Rs. 1,24,500/-, Rs. 22,306/- & Rs. 19,100/- respectively alongwith interest @ 7% per annum from the date of application. The instant appeals have been filed by the appellants against the aforesaid judgment & award passed by the Tribunal

The court observed that the Tribunal did not commit any error in fastening liability of the accident on the Roadways Bus driver, as he was under an obligation to drive the Bus with more caution and control. The court noted that the time of the accident was midnight and the speed of the Bus should be to the extent that the driver could stop the Bus when required. The court refused to accept Bus driver's defence after perusal of his statement and thereby observed that he failed to control the Bus after seeing that the Camel Cart was going ahead of him in the same direction.

"It is true that the accident could be avoided if reflectors were affixed on the back side of Camel Cart. But it is also true that had the Bus driver would drive the Bus with more caution and control the accident would not have happened."

Further, the court observed that claimants are not under an obligation to prove their case beyond reasonable doubt in the MACT cases. The court noted that if the evidence of the Bus driver is accepted as it is, then also he cannot be escaped from his liability towards the claimants. The accident was the direct result of negligence on the part of Bus driver and the appellant-RSRTC's contentions are not sufficient to absolve from its vicarious liability for the negligent act on the part of its employee, added the court.