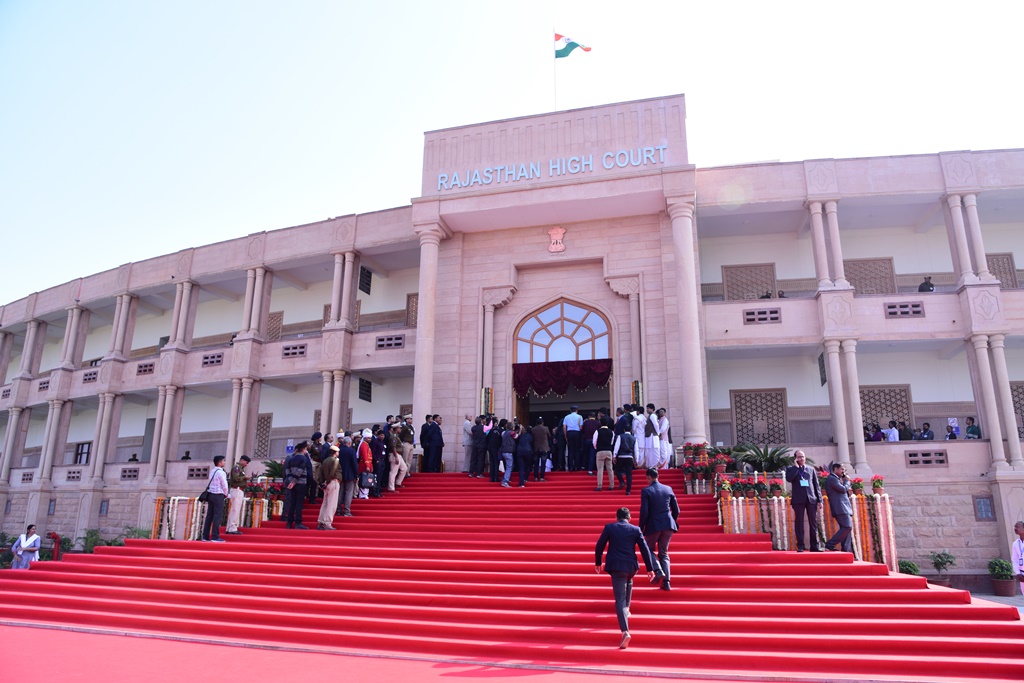 The Rajasthan High Court dismissed a plea filed by the Chairman of Municipal Board Badi Sadri challenging his suspension by the state government. Justice Dinesh Mehta, observed, "The allegation against the petitioner is acceptance of bribe, in discharge of his official duties, through his brother-in-law for clearing the bills of the complainant. The order of suspension states that...

The Rajasthan High Court dismissed a plea filed by the Chairman of Municipal Board Badi Sadri challenging his suspension by the state government.

"The allegation against the petitioner is acceptance of bribe, in discharge of his official duties, through his brother-in-law for clearing the bills of the complainant. The order of suspension states that if the petitioner is not suspended there is likelihood of him influencing the inquiry and the evidence. The said reason spelt out in the order of suspension is not only indicative of application of mind but also fulfils the requirement of recording reasons. According to this Court, the reason given thereunder is sufficient to justify the suspension of the petitioner."

Essentially, on a complaint, the police apprehended Kush Sharma, brother in-law of the petitioner while accepting a sum of Rs.2 lacs allegedly as a bribe on behalf of the petitioner. An FIR was lodged on 26.05.2021 and both of them were implicated. The state government, on information sent by Anti Corruption Deptt, placed the petitioner under suspension vide order dated 05.07.2021. Aggrieved by the suspension order, the petitioner filed the present writ petition on 09.12.2021. It is alleged that petitioner has not been served with any notice from the State Government in relation to any preliminary inquiry.

In this regard, the court directed the respondents to ensure that preliminary inquiry be concluded within a period of one month. The court also directed that in case, after conclusion of preliminary inquiry, the State feels that judicial inquiry is necessary, process thereof be expedited and all endeavours be made to ensure that the same is concluded as early as possible, preferably within six months from the date of referring the matter to the Judicial Officer.

The court remarked that due to lackadaisical attitude of the respondents, the petitioner has remained under suspension for more than six months and even preliminary inquiry has not been initiated against the petitioner, much less concluded. Such laid back attitude of the State machinery qua an elected Chairman of the Municipal Board cannot be countenanced, added the court.

In addition to this, the court observed that the commencement of proceedings is the point of time, when the State Government decides to take action against an elected representative. Such decision to take action, naturally would entail a fact finding inquiry or preliminary inquiry, as contemplated under the first proviso to Section 39 of Rajasthan Municipalities Act, 2009, followed by a judicial inquiry to be conducted under Section 39(3) and 39(4) of the Act of 2009, added the court.

The court opined that the expression "proceedings have been commenced" coupled with the expression "under this Section" include within its fold not only the issuance of notice for preliminary inquiry and service of charge-sheet, but even the situation and cases, when the State Government decides to get an inquiry conducted through any authorized officer. The court observed that the moment the state chooses to take action against an elected representative with or without simultaneously referring the matter to the competent authority for inquiry in terms of proviso to section 39(1), the proceedings stand commenced.

It is also opined by the court that mere lodging of an F.I.R. or the State's opinion that a case against an elected member is made out to proceed against him under 39(1)(a)-(d) cannot ipso facto entail suspension under section 39(6). The use of word "may" in section 39(6) enjoins upon the State to apply its mind about the necessity of suspension, added the court.

The counsel for the petitioner submitted that the State Government can put an elected member under suspension against whom proceedings have commenced under 39(6) of the Act and presently, the proceedings had not commenced on 05.07.2021, when the petitioner was placed under suspension. He argued that as the proceedings can be said to have commenced when a preliminary inquiry report is submitted, however the State Government, after applying its mind on the preliminary inquiry report, proceeded to refer the case for further inquiry to be held by a Judicial Officer under Section 39(3) of the Act of 2009.

The AAG, appearing for the state, contended that powers under Section 39(6) of the Act of 2009, enabling the State Government to place an elected member under suspension, is completely divorced of the State's decision to hold preliminary inquiry contemplated under the proviso to Section 39(1) of the Act or judicial inquiry. He navigated the Court through Section 39(6) of the Act of 2009 to contend that without making any reference of the inquiry, the provision simply provides that the State Government may place a member under suspension against whom proceedings under this Section have commenced.