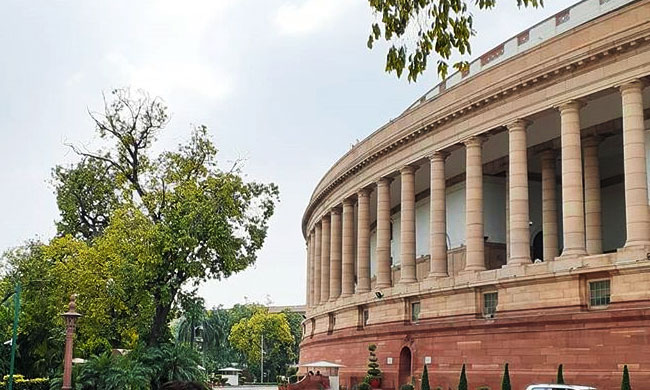 The Rajya Sabha on Friday passed the Salary, Allowances & Pension of Members of Parliament (Amendment) Bill, 2020, and the Salaries and Allowances of Ministers (Amendment) Bill, 2020, by voice vote. [The former has already been passed by the Lok Sabha] The Bills were moved by the Ministry of Parliamentary Affairs to reduce the salaries and allowances of MPs and...

[The former has already been passed by the Lok Sabha]

The Bills were moved by the Ministry of Parliamentary Affairs to reduce the salaries and allowances of MPs and sumptuary allowances of Ministers for one year, to supplement the financial resources of the centre to tackle the COVID-19 pandemic. To this end, the Bills seek to amend:

Ordinances to this effect were promulgated in April this year and the Bills seek to replace the same.

The Bills, if they become Acts, will be made effective from April 1, 2020 for a period of one year.

The Bills was largely supported by all Members. However, there was a consistent demand to restore Members of Parliament Local Area Development Scheme (MPLADS).

The MPLAD scheme was formulated in 1993 to enable MPs to recommend development works in their constituencies "with emphasis on the creation of durable community assets based on the locally felt need". It was recently suspended by the Central Government for 2 years in view of the economic impact of COVID-19.

Seeking its revival, members said that the MPLAD funds could be used by MPs for welfare of their constituencies during the pandemic. AIADMK MP A. Vijaykumar asked the Government why it had taken back MPLAD arrears from last year and requested that it be released immediately, in public interest.

Congress MP Rajeev Satav said that the Government was wrong in suspending the MPLAD scheme without consulting the states. He stressed that the Government should cut unnecessary expenses like the Central Vitsa Project for construction of the new Parliament building. Supporting this line of thought, RJD's Manoj Jha said that there should be an embargo on the advertisements being aired by the Government to praise their own efforts. He said , that the money saved thereof could be used for public welfare.

[The proposed reduction will save approximately Rs. 54 crores, which less than 0.001% of the special economic package announced by the Central Government, in view of the pandemic.]

Members also spoke against the opaqueness of the PM CARES Fund.