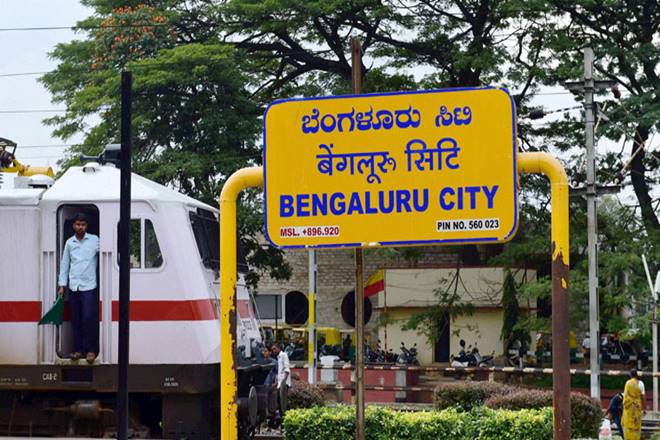 x
The city of Bengaluru is rapidly losing its tree cover, which has resulted in a severe reduction in the health of its citizens and a severe degradation of the environment of the city,violating the right to clean air, clean environment, and sustainable development of the residents of Bengaluru in violation of their rights to life and liberty under Article 21 of the Constitution of India".

The Karnataka High Court on Monday directed the Tree Authority, constituted under the Karnataka Preservation of Trees Act, 1976 and Tree Rules, to inform by July 22, if it has carried out any census of trees in the city of Bengaluru, which is said to have considerably reduced over the years.

A division bench of Chief Justice Abhay Oka and Justice H T Narendra Prasad also directed the authority to inform, on whether it has taken any action under section 10 of the Act which mandates, planting in place of fallen or destroyed trees, due to wind, fire, lightning, torrential rain or such other natural causes by the owners.

The bench while hearing the petition filed by one D T Devare, said "To say the least this petition depicts very sorry state of affairs, in regards to the implementation of the Trees Act." It issued notice to the Advocate General, to remain present on the next hearing, to assist the court.

"It is submitted that despite the specific objective of the legislature with the Tree Act being to preserve trees, the very authorities constituted under the Tree Act have, by way of their negligence and dereliction, actually facilitated the very damage to the tree cover that they were constituted to prevent.It is humbly submitted that this rampant felling of trees has resulted in a rapid loss of green cover, water scarcity, increase in temperatures and pollution. It is submitted that these acts have resulted in a severe deterioration of the quality of life of the citizens of Bengaluru, a severe reduction in the health of its citizens and a severe degradation of the environment of the city"

In addition to other documents, the plea relies on a study which shows that the green cover of Bengaluru, has been reduced by a drastic 78%, evidencing beyond doubt that the very object of the Tree Act is being defeated. It has also been studied that while on an average, there must be eight trees per person to offset human respiratory carbon and have adequate oxygen, presently in Bengaluru, there is just one tree for every seven persons – i.e. less than 1.8% of the optimum number of trees.

Advocate for the government though countered this by saying that there has been a four percent increase in green cover. To which the bench said "Then it means there is a reduction of 74 percent of tree cover. In the absence of a census, this fact of yours cannot be verified."

The petition states the derogation of the Tree Act and Rules by the respondents-State Government, Karnataka forest Department, Bangalore Urban District Tree Authority, and the deleterious impact of such derogation on tree cover on the city of Bengaluru is causing greater pollution and rising temperatures in the city, deteriorating the quality of life of its residents and also eroding the environment and air of the city. These effects are a clear violation of the fundamental right to life of the citizens of Bengaluru.

"As a result, the city of Bengaluru is rapidly losing its tree cover, which has resulted in a severe reduction in the health of its citizens and a severe degradation of the environment of the city,violating the right to clean air, clean environment, and sustainable development of the residents of Bengaluru in violation of their rights to life and liberty under Article 21 of the Constitution of India".

The petition has also sought to hold as unconstitutional the amended section 8(3)(vii), of the Trees Act. The section provides for a minimum number of trees to be felled in order for there to be a requirement for the issuance of a public notice, at an arbitrary figure of 50 trees.

The bench said on the next date if for some reason, time is sought by respondents, court will consider prayer for interim relief. The plea seeks directions to forthwith carry out and complete a comprehensive census of the existing trees in Bengaluru within a period of six months, and publish the same on a website, where public can easily access it.