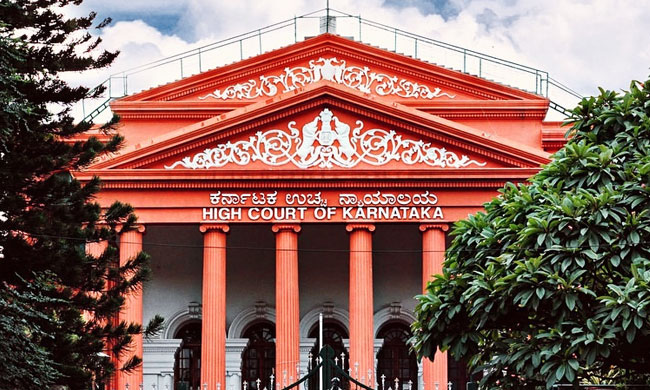 The Karnataka High Court while setting aside an acquittal order and convicting a 47-year old man on charges of raping a minor girl said "The very evidence of victim inspires confidence of the Court that accused subjected her to sexual act and even in the absence of medical evidence this court can come to the conclusion that victim was subjected to sexual assault."

Justice Ravi Malimath and Justice H P Sandesh directed accused S Raju to pay a fine of RS 2 lakh to the victim. The bench passed the order while allowing an appeal filed by the state government challenging the acquittal order.

As per the prosecution the accused had on April 4, 2012, raped the victim who was 16-years old at the time of the incident and threatened her of dire consequences if she narrated the same to anyone. The victim had disclosed the incident to a neighbour who took her to his working mother, who later lodged a police complaint.

However, the doctor who examined the victim has submitted a report saying "He examined the victim and collected vaginal swab and smear in a sealed bottle. The Investigating Officer furnished the same to RFSL. He examined RFSL report and gave the opinion that there are no signs of forcible intercourse." The doctor was not cross examined at the stage of trial.

Advocate Namitha Mahesh, appearing for the state argued that "The Court below has failed to appreciate the evidence on record and in a case of sexual assault against a minor, if the evidence of prosecutrix inspires confidence of the Court the same has to be considered. While coming to the conclusion that the prosecution has not proved the charge beyond all reasonable doubt should have taken into consideration the minority of the victim. Even though there has been no need of any medical evidence for corroboration."

Advocate P B Umesh appearing for the accused opposed the appeal saying "The Court below has given anxious consideration to both oral and documentary evidence available on record and doubted the very incident. In order to reverse the finding there is no cogent and corroborative evidence available on record and hence, prayed this Court to dismiss the appeal."

The bench after going through the evidence of the victim and other witnesses, said "It is important to note that, first of all, there is no any enmity between the family of the complainant and also the accused and if there is no such enmity between the two families, there was no need to implicate a person that too in a heinous crime of rape. It is also important to note that no parent would take a decision to falsely implicate a person in a serious offence of rape of her own daughter, which would be a stigma to the family of the victim."

It also relied on Supreme Court judgements to state that "If the evidence of the victim inspires confidence of the Court this court can come to the conclusion that the victim was subjected to sexual act by the accused. The court below has committed an error in considering the suggestions made by the accused counsel and has come to a wrong conclusion that there was enmity between the family of the complainant and the accused, which is opposed to the evidence on record. The other reasonings given by the trial Court shows that the Court below has magnified the minor discrepancies found in the evidence of witnesses regarding victim meeting those persons after the incident. Hence, the very approach of the trial Court is erroneous and it requires interference by this Court. It is a fit case to reverse the finding of the trial Court."