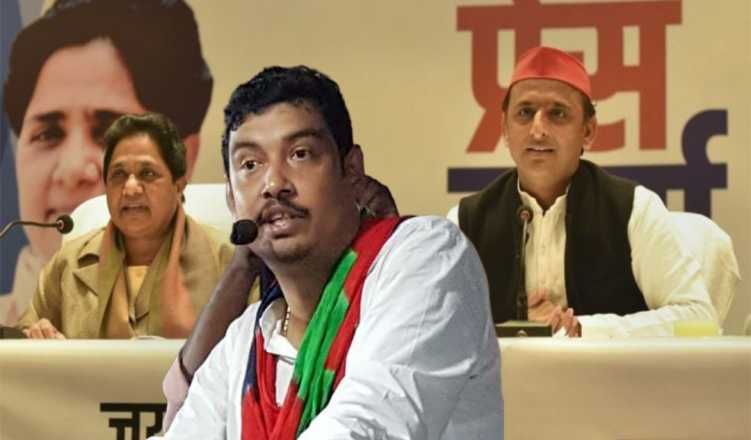 In a major setback for BSP MP Atul Rai, the Allahabad High Court on Friday rejected his bail plea in connection to a case of sexual exploitation and rape.

The high court said that keeping in mind the principle of fair and speedy trial, Rai should not be granted bail and the Trial Court should be allowed to frame charges against him. The order was passed by Justice Ramesh Sinha.

Rai was accused of raping a college student from Varanasi earlier this year. As per the FIR lodged against him on May 1, he took the student to his home on the pretext of meeting his wife but sexually assaulted her.

As per the prosecution, Rai has tried to linger on the trial by not appearing before the trial court and avoiding framing of charges. The prosecution also pleaded the high court that his criminal antecedents should also be treated as guiding factor in determining his bail plea. Reliance was placed on Neeru Yadav v. State of U.P. & Anr., (2014) 16 SCC 508.

Allegedly, as many as 32 criminal cases for different offences are pending against him.

Further asking the court to not take into account criminal cases pending against him, he said that the law was settled in terms of Maulana Mohammad Amir Rashadi v. State of Uttar Pradesh & Anr., (2012) 2 SCC 382, that criminal antecedent cannot be the sole ground for rejecting the bail application of an accused

"I am of the opinion that the case is fixed for framing of charge and statement of the complainant/prosecutrix is to be recorded by the trial court. Taking into account the facts and circumstances of the case in order to ensure the fair and speedy trial it would be more appropriate at this stage that the trial court would be allowed to frame charges and record the statement of the complainant/prosecutrix expeditiously"

Rai had earlier approached the high court seeking protection from arrest. However, holding that there was no provision of anticipatory bail in Uttar Pradesh, the high court dismissed his plea.

Subsequently, he moved the Supreme Court requesting it to grant him protection, which also came to be dismissed byan order dated May 27.

After a long run, Rai, the SP-BSP alliance candidate of Ghosi constituency in UP, was arrested from Varanasi on June 22.

Rai was represented by Advocate Swetashwa Agarwal and the State by G.A. Sudist Kumar.