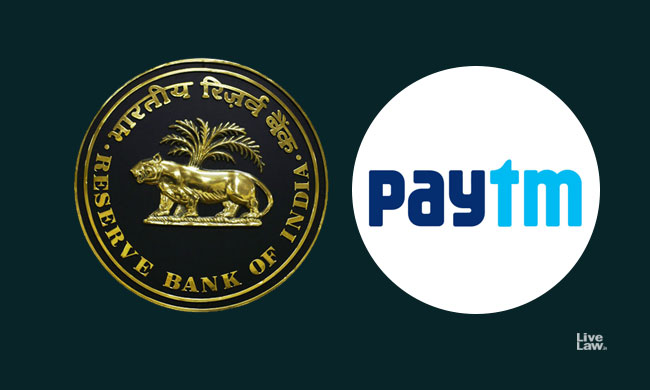 The Reserve Bank of India Wednesday told the Delhi High Court that a Public Interest Litigation (PIL) cannot be used as a weapon to challenge the financial or economic decisions taken by the government or the RBI.The RBI made the submission in response to a PIL alleging that online payments platform Paytm was providing lending facilities in violation of the law regulating such...

The Reserve Bank of India Wednesday told the Delhi High Court that a Public Interest Litigation (PIL) cannot be used as a weapon to challenge the financial or economic decisions taken by the government or the RBI.

The RBI made the submission in response to a PIL alleging that online payments platform Paytm was providing lending facilities in violation of the law regulating such activity.

The affidavit was filed before a bench of Chief Justice D N Patel and Justice C Hari Shankar which has listed the matter for further hearing on September 18.

The petition filed by Abhijit Mishra, a financial economist, claimed that Paytm Payments Bank Ltd's 'post paid' service was operating contrary to the existing law and guidelines regulating such entities.

It contended that RBI's guidelines for payments banks, like Paytm, do not permit credit or loan disbursement activities by such entities.

In its affidavit, RBI said that section 22 of the Banking Regulation Act empowers the RBI to issue banking licence to a company to carry on banking business in India, subject to certain conditions provided in this provision.

"Upon an application made in this behalf by respondent 2 (Paytm), a licence to carry on banking business in the style of a 'payments bank' has been issued by the RBI subject to certain conditions enumerated in the licence itself. These conditions along with the operating guidelines issued by the RBI, specify the broad contours within which a payments bank is required to operate, strictly adhering to the same," it said.

Seeking dismissal of the plea, the central bank said Mishra has sought the relief against Paytm but he has made RBI the first party as he might be aware that a PIL would not lie against a private body and is indirectly attempting to misguide the court.

"For initiating action under the relevant provisions of the BR Act, RBI has to satisfy that Paytm has acted in such a manner which is detrimental to the interests of the depositors. No action can be initiated solely on the baseless allegation of the petitioner. Hence, no relief should be granted to him," RBI said in its affidavit.

Paytm also opposed the petition claiming that the plea was based on incorrect facts and incorrect understanding of law.

In its response, it said the Paytm application is owned by One97 Communications Ltd which was engaged in the business of providing payment solutions, providing services related to electronic payments and selling of digital good on its mobile application.

It said Paytm Payments Bank Ltd does not own or operate the Paytm application and merely uses the technology and platform services of the application pursuant to a service agreement with One97 which owns the application.

Regarding the Paytm postpaid facility, it said the facility is being provided by Clix Finance India which is a NBFC and is in the business of providing loans/ credit facility.

"Paytm Payments Bank Ltd and Clix have an arrangement for sharing of C-KYC Identifier of customer only after explicit consent being provided by the customer," it said.

The affidavit added that Paytm Payments Bank Ltd shares only the KYC Id (Know Your Customer identity) with Clix and not any personal or sensitive information of the customers.

"On availing the Paytm postpaid facility the disbursed amount is not credited to the customers wallet or bank account but it gets reflected in the loan books of Clix as it is a facility being provided by Clix to its customers. This is explicitly clear that Paytm Payments Bank Ltd is not providing any credit facilities/ loans to its customers," it said.

The petition, filed through advocate Payal Bahl, has claimed, "the Paytm Payments Bank Ltd has been lending to the customers through its Paytm Post Paid, thereby it is clear violation of the guidelines that prohibit lending by the payments bank."

It has sought directions to RBI "to take appropriate punitive actions against the Paytm Payments Bank Limited".

The petition has also claimed that any new product launched by the payments bank needs prior approval of RBI, but in the instant case the central bank was not informed by Paytm about its 'post paid' service.

Paytm 'post paid' is a credit facility being offered by the company to its customers.

As part of this service, customers can recharge mobiles, book movie and travel tickets and also shop on Paytm and pay the following month at zero cost or with interest.

The petition has alleged that Paytm's 'post paid' service is sharing personal information, like Aadhaar and PAN, of customers with third parties.

Apart from seeking punitive action against the company, the petition has also sought directions to RBI to appoint or depute one of its senior officials to the company's board "to overlook audit of operations and regulatory compliance".

The plea has also sought an investigation "against the directors, management and officers of the Paytm Payments Bank Ltd for alleged malpractice and violation of provision of Article 21 of the Indian Constitution, Banking Regulations Act, Payments and Settlements Act and other relevant banking acts".

It has further sought directions to transfer all the profits earned from the Paytm 'post paid' service to the Prime Minister's Relief Fund for the welfare of the nation.