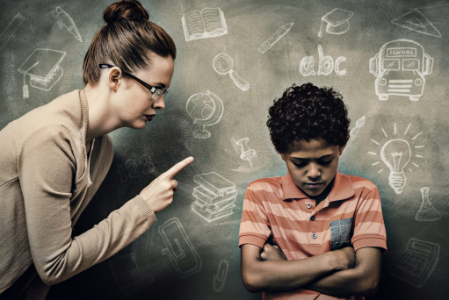 Parents and teachers are entitled to use reasonable degree of force to discipline children.

The High Court of Kerala has given relief to a school teacher by quashing a criminal case initiated against him for punishing a student.

"Parents, teachers and other persons in loco parentis are entitled as a disciplinary measure to apply a reasonable degree of force to their children or pupil old enough to understand the purpose to which the act was done. Section 79 and 80 of the IPC would come to his/her rescue, in those cases", observed Justice Raja Vijayaraghavan while quashing the proceedings..

The teacher was alleged to have jabbed a student of Class II for committing mistakes in a mathematics lesson. The parent of child caused the registration of FIR against the teacher under Section 323 IP(causing simple hurt) and Section 23 of the Juvenile Justice Act(causing unnecessary physical and mental suffering to child).

The police filed final report and cognizance of the case was taken by a Judicial Magistrate.

The teacher approached the High Court under Section 482 of the CrPC to quash the criminal case. It was submitted on behalf of the teacher that the minor punishment was inflicted in good faith. The public prosecutor opposed the petition by stating that no teacher is expected to inflict corporal punishment.

The Court noted that the child had not suffered any major injuries. No marks of injury or violence were left on the body of the child. The teacher had not used an cane or any other instrument of offence. There was no case that chastisement by the petitioner was beyond the child's powersNone of the witnesses stated that she cried or that she was in such a discomfort that she had to be taken home of endurance.

"It is clear from the materials that the chastisement was done in good faith for the benefit of the child concerned and the punishment said to have been inflicted cannot be said to be either excessive or immoderate", observed the Court.

Parents, teachers and other persons in loco parentis are entitled as a disciplinary measure to apply a reasonable degree of force to their children or pupil old enough to understand the purpose to which the act was done. Section 79 and 80 of the IPC would come to his/her rescue, in those cases.

Referring to precedents, the Court held that when a child is sent to school, it must be deemed that the parent or the guardian has given implied authority to the teacher to discipline the child and to use reasonable punishment to control the child.

Hurt of a less serious crime is not forbidden when inflicted in the reasonable chastisement of a child by a parent or by a school teacher to whom the parent has delegated or is deemed to have delegated his authority , the Court said.

The Court however added that "if the punishment imposed is given out of spite or for some other non disciplinary reason or if the force is unreasonable or immoderate, it is unlawful".

If the teacher, out of unbridled fury, excitement or rage, inflicts injuries which are of such a nature as to cause unreasonable physical suffering or harm to the child, the same cannot be condoned on any ground or on the principle of express or implied consent.