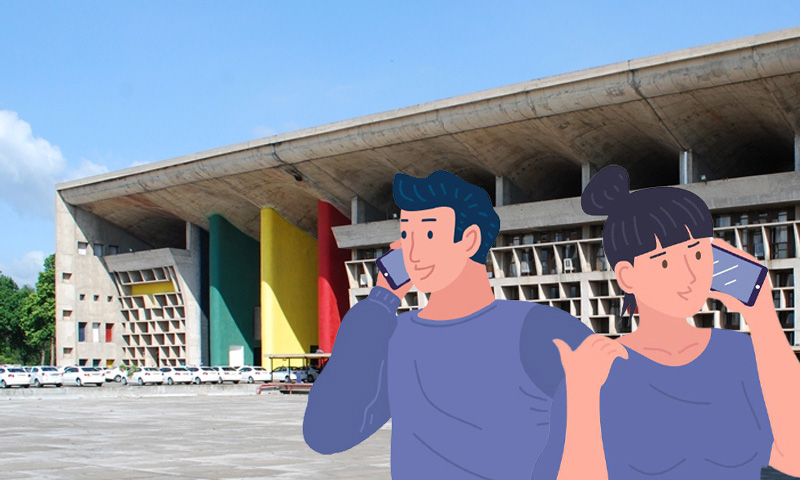 The Punjab And Haryana High Court recently observed that recording of the telephonic conversation of the wife without her knowledge is a clear-cut infringement of her privacy. With this observation, the Bench of Justice Lisa Gill set aside the order of a Family Court allowing the husband to prove the telephonic conversation between him and his wife in a divorce suit (U/S 13 of...

The Punjab And Haryana High Court recently observed that recording of the telephonic conversation of the wife without her knowledge is a clear-cut infringement of her privacy.

With this observation, the Bench of Justice Lisa Gill set aside the order of a Family Court allowing the husband to prove the telephonic conversation between him and his wife in a divorce suit (U/S 13 of the Hindu Marriage Act, 1955) to make out a case of cruelty against his wife.

Essentially, the Family Court had allowed the husband to prove the allegations of cruelty leveled by him against his wife by way of proving the alleged telephonic conversation contained in the Compact Disk, however, the bench called the same, a clear breach of the fundamental right of the petitioner-wife.

"…it cannot be ignored that acceptance of the CD in question shall amount to a clear breach of the fundamental right of the petitioner-wife i.e., her right to privacy, as has been upheld in various judicial pronouncements," the bench held as it allowed the plea of the wife and set aside the order of the Family Court, Bhatinda.

Filing a petition before High Court, the petitioner-woman/wife submitted that there is a dispute going on between her and her husband and her husband has filed a suit seeking a divorce before the Bathinda's family court in the year 2017.

In the case proceedings, she further averred in her plea, her husband sought to produce the recording of his telephonic conversation with the petitioner/wife as evidence and he was allowed to prove the same by the Family Court.

Therefore, challenging the order of the family court, she moved to the High Court.

On the other hand, it was argued on behalf of the husband that the telephonic recording was essential for proving the charge of cruelty being committed by his wife against him so that he could secure a divorce decree from the Court.

At the outset, the Court opined that even if it is accepted that the general averments in the petition regarding cruelty would be proved by the evidence sought to be produced, the CDs in question cannot be permitted in evidence.

In this regard, emphasizing that recording of the telephonic conversation of the wife without her knowledge, is a clear cut infringement of her privacy, the bench further observed thus:

The Court also remarked that if a spouse would be permitted to record conversations with an unsuspecting partner and to produce the same in a court of law in a petition under Section 13 of the Act, that would indeed not be feasible.

In this regard, the Court referred to the case of Deepinder Singh Mann Vs. Ranjit Kaur, 2015 (5) RCR (Civil) 691, wherein it was observed by the Punjab & Haryana High Court that couples speak many things with each other, unaware that every word would be weighed in a Court of law.

Moreover, the Court added, the court would be ill-equipped to assess the circumstances in which a particular response may have been elicited from a spouse at a given point of time, notwithstanding the right of cross-examination.

Concludingly, the Court allowed the plea of the wife and set aside the order of the Family Court, as it noted thus:

"…acceptance of the CD by the learned Family Court allegedly containing conversations between the husband and wife recorded surreptitiously without the consent or knowledge of the wife and allowing the husband's application is unjustified."

It may be noted that the Andhra Pradesh High Court in Smt. Rayala M. Bhuvaneswari Vs. Napaphander Rayala, 2007 (31) RCR (Civil) 664, had specifically held that the act of recording conversation without the knowledge of the wife is illegal and amounts to infringement of the right to privacy and even if, the chips in question are true, they are not admissible in evidence.