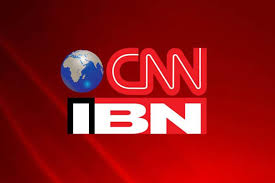 A Hyderabad court has acquitted Rajdeep Sardesai and ten other reporters for alleged false reporting on Sohrabuddin's encounter killing case.

During the time of incident he was working with CNN IBN.

The order was passed by Addl. Metropolitan Sessions Judge, Hyderabad, D. Hemanth Kumar, on November 27 last year, after Sardesai and the other reporters tendered their unconditional apologies.

The State of Andhra Pradesh had filed a complaint against the said accused persons in May 2007, for airing false information relating to Sohrabuddin's police encounter.

The channel had telecast a news program titled '30 Minutes - Sohrabuddin, The Inside Story', claiming that one of the members of the Hyderabad SIT, then SP Rajiv Trivedi, had plotted the police encounter. It was alleged that Trivedi provided cars with fake number plates to transport Sohrabuddin and his wife to Ahmedabad, where they were killed.

"Police sources say Vanjara and Pandian nabbed Sohrabuddin and Kausar Bi in Bidar with the help from SP Rajiv Trivedi of the Hyderabad Special Investigation Unit…Rajiv Trivedi provided cars with fake number plates in which Sohrabuddin was brought to Ahmadabad and then killed in a fake encounter," the channel had claimed.

Alleging false reporting and damage to Trivedi's reputation, the State filed a complaint against Sardesai, who was then Editor-in-Chief and other concerned reporters.

Subsequently, a plea was moved before the Andhra Pradesh High Court to quash the case. However, the same was dismissed in April 2011. A SLP against the said order of dismissal was also dismissed by the Supreme Court in May 2015.

The Trial Court had acquitted the accused person in the Sohrabuddin case as most of the witnesses turned hostile.

As resistance to these charges failed at every quarter, Sardesai and all other reporters tendered their unconditional apologies to Trivedi. The affidavit filed by Sardesai states,

Realizing my mistake, I offer my unconditional apology to Srhi Rajiv Trivedi, IPS for telecasting such false news about him…"

Notably, all the accused in the Sohrabuddin Encounter case were acquitted by a Special CBI Court in December 2018, for lack of evidence, and an appeal against that order is pending before the Bombay High Court.