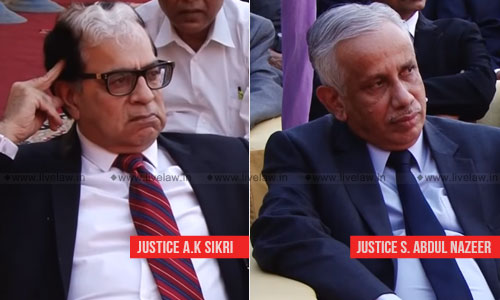 Even as it was informed that two bodies have been detected by the Navy in the past week, the Supreme Court on Monday urged the Centre and the government of Meghalaya to persist with the rescue operations in respect of the 15 miners trapped in the 370-foot-deep flooded coal mine in the state since December 13 last year.

Senior Counsel Anand Grover, for petitioner-advocate Aditya N. Prasad, submitted that in order to retrieve the bodies, it was necessary that the illegal mine be first de-watered and suggested that the services of the Indian Army be procured in this behalf.

ASG Tushar Mehta assured the bench headed by Justice A. K. Sikri that, in the hope of a miraculous survival, the rescue efforts have not been abandoned. He also asserted that the officials of the Army and of the National Disaster Response Force are already participating in the endeavour.

The matter will now be heard by the apex court on February 4.

The illegal mine is located at Ksan in Meghalaya's East Jaintia Hills district, about 3.7 km deep inside a forest and can be accessed after crossing three streams. It was flooded when water from the nearby Letein river gushed into it.

Rat-hole mining involves digging of narrow tunnels, usually three-four feet high, for workers to enter and extract coal. The horizontal tunnels are often termed "rat holes" as each just about fits one person.

In its status report filed in the top court, the Centre said that crores of litres of water has been pumped out from the mine and remotely operated vehicles (ROVs) of the Indian Navy were already working in the rescue operation.

"Underground ROVs being operated in adjacent mines, systematically searching and sanitising them one by one. So far, two adjacent mines have been searched and declared clear," the report said.

The status report said that Meghalaya government is undertaking search and rescue operations and the Centre is supplementing the efforts by providing all necessary logistic support.

Last week, the state government had told the top court that on January 16, the ROV of Indian Navy had detected a body at a depth of 210 feet in the flooded mine and efforts were being made to retrieve it but could not be completed as the body parts started disintegrating.

On January 11, the Centre had told the court that it has to "believe in miracles" for the 15 miners to come out alive.

The apex court had earlier expressed dissatisfaction over the steps taken by Meghalaya government to rescue these miners and had said "prompt, immediate and effective" operation was needed to rescue them as it was a matter of life and death.

Read the Status Report filed by State of Meghalaya