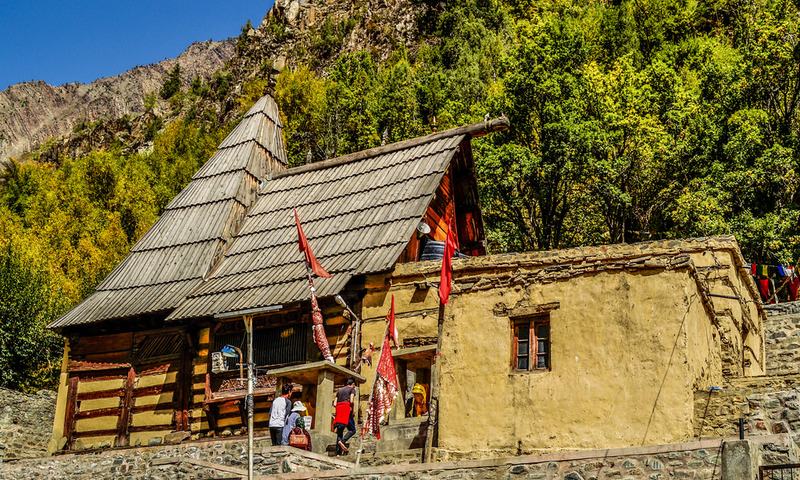 The Himachal Pradesh High Court has ordered the Archaeological Survey of India (ASI) to complete inspection work at the 11th Century built Temple Mata Mrikula Devi, which is located in State's Lahaul district.

It may be noted that in the year 2020, the Court had initiated a suo moto case after taking cognizance of a report presented by the Secretary, District Legal Services Authority, Kullu, submitting details of the deteriorating condition of Mata Mrikula Devi Temple.

The bench of Chief Justice Mohammad Rafiq and Justice Sandeep Sharma, on April 21, perused the photographs of the temple produced by the Amicus Curiae, and found it to be in a dilapidated condition. Therefore, ASI was directed to constitute a special team to inspect, submit an estimate and commence necessary repairs to the Temple.

Further, on May 13, the Court was informed that the Archaeological Survey of India, Conservation Section, has constituted a four members expert Committee, directing them to submit their report within 7 days.

It was further submitted before the Court that even though, the Committee was given 7days' time to submit their report, they have not yet completed their work and therefore, it was prayed that an extension of one month be granted to prepare the report and submit the estimate for conservation of the temple.

In view of this submission, the Amicus Curiae submitted that the temple is presently in dilapidated condition and that, if not immediately repaired/restored for the purpose of conservation, it may fall at any time.

Against this backdrop, taking into account the submissions of Amicus Curiae, instead of granting one month's time, the Court granted 15 days' time to the Committee to complete the inspection, prepare the estimate, and thereafter, complete the conservation work within a period of one month.

"If, in the meantime, any damage is caused to the temple for not timely carrying out the conservation work, the responsibility shall be entirely on the Archeological Survey of India, Conservation Section," the Court added as it posted the matter for further hearing on June 15, 2022

Significance of the Temple

The Temple, which is dedicated to the goddess Kali was built in the 11th century. It is widely believed that the temple was constructed from a block of wood by the Pandavas during the time of Mahabharata.

It is also popularly believed that after killing Mahishasura, Goddess Kali had kept khappar full of blood here and it is still kept behind the main idol of Mata Kali here. It is forbidden for the devotees to see it as there is a belief among people that if anyone witnesses the same, even by mistake, then that person would turn blind.