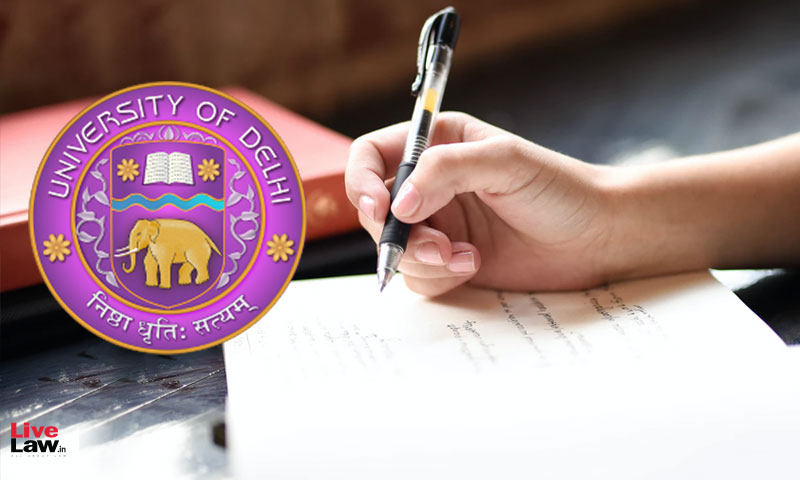 The Delhi University has informed Delhi High Court that the results of BA programme results are almost ready.

The court noted that despite its earlier direction dated 12.10.2020 in the main writ petition filed seeking declaration of results in various undergraduate and postgraduate courses, and to declare the BA programme results by 06.11.2020, the University had failed to do so, thereby putting the petitioner-student in a precarious position. It disposed of the application, after taking on record the University's statement that although all the results were ready for publication, to help the petitioner-student tide over her difficulty, the University would email her own results by 16.11.2020.

On 12.10.2020, while hearing the main writ petition in which the student sought to get impleaded, the Delhi High Court had issued a slew of directions on declaration of results by the University.

These included, directing the University to declare results through publication of marksheets online and to not call upon the students to physically approach the University/College to collect the same. The court further had directed, upon the prayer of the petitioner, Prateek Sharma, that the University would also not incorporate any footnote on the virtual marksheets directing for the physical verification of the same at some point in future. The petitioner had specifically put forth the prayer citing issues of non-acceptance of marksheets subject to verification by employers and Universities abroad, thereby creating further hurdles for students.

Even the courses for which dates were declared were merely tentative cut-off dates. Taking this into account the court had given the University a maximum buffer of 3 days from the tentative dates mentioned for the publication of results.

The court had then directed the University that even the results for the BA programme shall be declared on or before 31.10.2020, on which the University had said, "Due to the maximum number of students and combination of papers in the B.A. (Programme) course which covers almost 35% of the entire student community in the final year course, a more reasonable cut-off date may be fixed for declaring their results".

Then the court had given the University a leeway of 6 more days, directing it to publish BA programme results by 6.11.2020. However, the university didn't comply with this either.