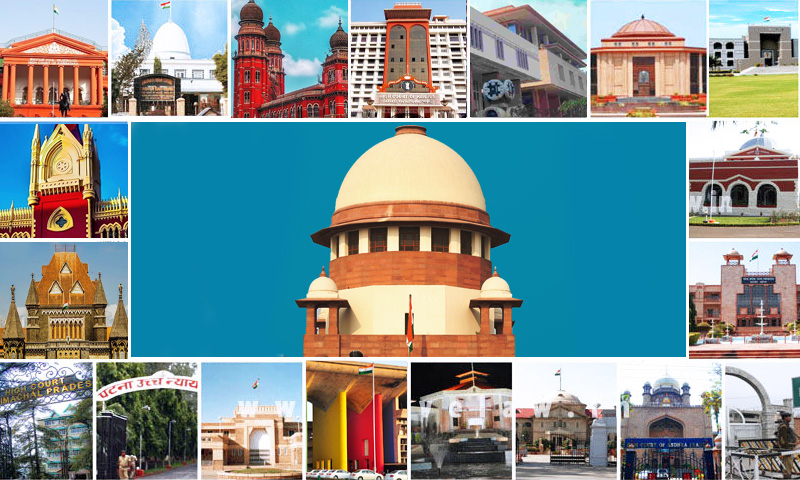 Given the mounting pendency of cases in Indian High Courts and the time taken by the authorities in appointment of Judges, the Parliamentary Standing Committee on Personnel, Public Grievances, Law and Justice has expressed that there is a need to revisit the age of retirement of High Court judges. In the 107th Report on Demand for Grants for the Law Ministry for 2020-2021,...

Given the mounting pendency of cases in Indian High Courts and the time taken by the authorities in appointment of Judges, the Parliamentary Standing Committee on Personnel, Public Grievances, Law and Justice has expressed that there is a need to revisit the age of retirement of High Court judges.

In the 107th Report on Demand for Grants for the Law Ministry for 2020-2021, the Committee chaired by BJP MP Bhupendar Yadav, and composed by 27 other MPs as its members including Senior Advocates Vivek Tanka and P Wilson said,

[In June 2019, then Chief Justice of India Ranjan Gogoi had requested the Prime Minister to take steps to raise the retirement of High Court judges as 65 years.]

It may be noted that the retirement age in different Tribunals has also been increased up to 70 years for Chairman and 65 years for Members.

In its report, the Committee expressed concern over the declining rate of judicial appointments in the country, invariably leading to increased number of pending cases.

As per the data supplied by the Committee:

Overall, the average time taken for appointment of Judges in High Courts is between 5-7 months!

Another reason for the delay is high rate of rejection by the Collegiums. In this context the Committee noted that the Supreme Court Collegium rejects about 40-50% recommendations made by the High Court Collegiums.

In this backdrop the Report stated,

"The Committee notes that there are still a large number of vacancies of Judges in High Courts. The Committee had also taken note of the problem in its previous Reports. It is of the view that justice delivery system in the country is moving towards a stage, where both vacancy positions of judges and pendency of cases are increasing year after year and this state of affairs may erode the trust of public on the justice delivery system. The Committee strongly recommends that existing vacancy positions of judges need to be filled up immediately and the vacancies arising in future should be filled strictly as per the extant guidelines. The Committee also recommends the Department to request all the stakeholders, including High Court Collegiums, to expedite the process of initiation of recommendations so that appointments are not delayed."

With respect to Supreme Court, the Committee has informed that about 12% posts of Judges remain vacant. On top of it, as against retirement of 3 Judges in the year 2020, no appointment has been made.

In the instant report, the Committee has reiterated the need for setting up of Supreme Court Benches in other parts of the country, with a view to providing justice to the poor, for whom it is impossible to visit the national capital.

"This Committee in its Second, Sixth, Fifteenth, Twentieth and Twenty Sixth Reports on the Demands for Grants of the Ministry of Law and Justice had recommended for setting up of Benches of the Supreme Court in Southern, Western and Eastern parts of the country on the premise that it is not possible for the people living in far-flung and remote areas to come to the National Capital for seeking justice for various reasons.

The Committee directs the Department to submit its considered view on the matter for its consideration."

Members of the Committee felt that the huge pendency of cases at all levels of judicial hierarchy can be dealt by increasing the number of working days of judges.

The Committee has expressed an opinion that composition of higher judiciary should reflect the socio-economic diversity and inclusiveness and accordingly, it has recommended that the Department should submit its considered view to the Committee on the matter such as social diversity statistics in the appointment in Higher Judiciary to provide effective representation.

Note: The Department of Justice has been allocated Rs. 1266.42 crore for the coming Financial Year, which also includes provision of Rs. 200 crore under National Mission for Safety of Women for establishment of Fast Track Special Courts.