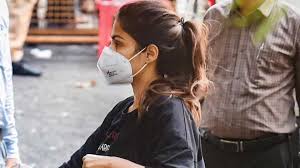 A Special Court has partly allowed an application by actress Rhea Chakraborty in the drug case related to actor Sushant Singh Rajput's death, and permitted her to travel to Abu Dhabi for the IIFA Awards between June 2 to 5, 2022.

In an application filed through her lawyer Advocate Nikhil Maneshinde, Chakraborty said that she was invited by the director and co-founder of IIFA to walk the green carpet and give away an award on June 3, and to host an interaction during the main ceremony the following day.

Therefore, she sought the return of her passport and permission to travel for seven days, from June 2-8. The actor added that she had only received an invitation on May 25 and that she was always present in the court for hearings in the case.

"That due to the present criminal prosecution and surrounding circumstances, the Applicant has already suffered significant setbacks to her acting career and incurred significant financial losses. Hence, opportunities such as these are extremely important for the Applicants future prospects in the Film Industry and greatly impact her ability to earn her own livelihood. It would not be out of place to mention that the Applicants aged parents are also financially dependent on her."

On Wednesday, Special Judge AA Joglekar partly allowed the application while directing her to return by June 6, mark her attendance with the investigating officer, and return the passport back to the agency.

Further, the court directed her to mark her attendance in the embassy in Abu Dhabi during her stay there and submit a cash deposit of Rs 1,00,000.