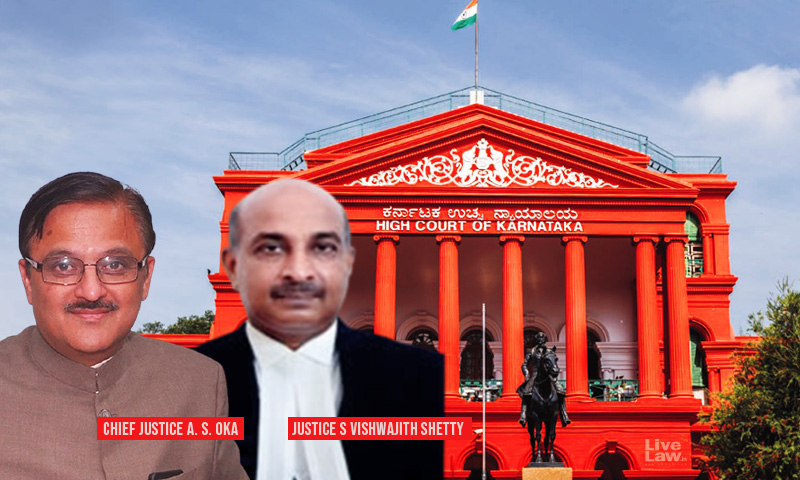 Asserting that the State is bound to protect the right to shelter, the Karnataka High Court on Friday directed the state government to reconstruct at its own cost the huts/shanties of migrant workers in Bengaluru, which were burnt down by unknown miscreants when the occupants had left for their native places after the announcement of the lockdown.The Court direct that the State, within...

Asserting that the State is bound to protect the right to shelter, the Karnataka High Court on Friday directed the state government to reconstruct at its own cost the huts/shanties of migrant workers in Bengaluru, which were burnt down by unknown miscreants when the occupants had left for their native places after the announcement of the lockdown.

The Court direct that the State, within two months time, at its own cost, should reconstruct huts/structures of uniform pattern of affected families whose houses were burnt down near the Kachakaranahalli slum in Bengaluru East.

As per information given to the court, when the said hutments were burnt, no one was occupying the same and it is reported that after 24th March 2020, (National lockdown) the occupants had moved to Kalaburagi. On 1st May 2020, a First Information Report was registered about the incident at the instance of another person staying in the remaining hutments.

"The State government remained passive for a long time and made no effort in order to take action against miscreants who destroyed the structures/huts. Houses were erected on lands vested with the state government, therefore in our view prima facie, the state failed to uphold Fundamental Rights, governed under Article 21 of Constitution."

The bench relied on the Supreme Court order in the case of Chameli Singh vs State Of U.P and noted that:

"Right to shelter guaranteed by Article 21 of Constitution of India of these families who were staying in the huts was clearly violated".

It added "State was duty bound to protect the Right to shelter available to affected families guaranteed under Article 21 of the Constitution."

The court also noted that:

"It is not as if houses were destroyed in one day. On March 28, some huts were burnt and on March 30, few more huts were burnt. This is not a case of solitary incidents. All this was done while the state was aware of this incident. Till this court intervened there was no attempt made for compensating the persons affected."

"Apart from compensation to the affected families for loss of household articles, there was no genuine effort by the state to rehabilitate the families. The hutments were destroyed by third parties. thus the state ignored high handed conduct on part of miscreants who were interested in destructing the huts."

"As far as possible reconstructed structures to be built at the same place where they were destroyed. After completion of reconstruction houses shall be allotted to affected families by the state government. The bench also has directed the state to complete the process of distribution of compensation of Rs 14,100, in relation to identified families, within 3 weeks from today".

The court has directed the State government to file it's compliance report by February 6, 2021, it has posted the matter for further hearing on February 11, 2021. The state government is free to take assistance from NGO's for reconstruction of structures.

The interim order was passed while hearing a suo-moto public interest litigation based on a letter petition sent by Advocate Vaishali Hegde informing about the incident.

On June 24, the High Court had directed the State Government to pay compensation and rehabilitate the migrant workers whose huts were burnt down.

In January, the High Court had come down heavily on the Bruhat Bengaluru Mahanagara Palike authorities and police for demolition sheds of migrant workers alleging that they were illegal Bangladeshi migrants, when they were actually Bengali-speaking Indians.

The Court had later asked the authorities to evolve a policy to rehabilitate those migrants, whose residences were demolished.