Right To Privacy Entitles A Person To Carry Secrets To The Grave, Personal Space Includes Right To Be Forgotten: Calcutta High Court 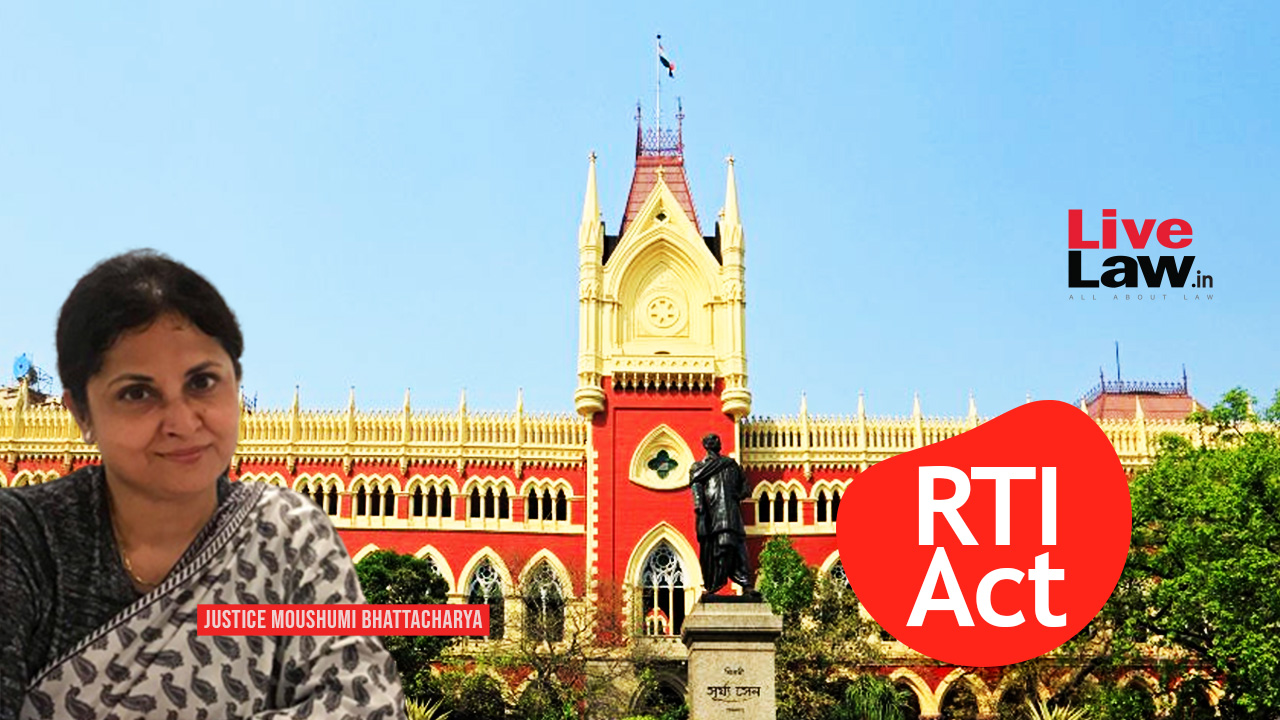 Directing the police in Kolkata to immediately "withdraw" the WhatsApp messages and photographs - of a deceased woman with her friend, that were disclosed by it under the RTI Act, the Calcutta High Court has observed that right to privacy also includes the belief that a person should be allowed to carry their secrets to the grave.Commenting in context of the old chats of the woman - who died...

Directing the police in Kolkata to immediately "withdraw" the WhatsApp messages and photographs - of a deceased woman with her friend, that were disclosed by it under the RTI Act, the Calcutta High Court has observed that right to privacy also includes the belief that a person should be allowed to carry their secrets to the grave.

Commenting in context of the old chats of the woman - who died last year under mysterious circumstances at her matrimonial home, Justice Moushumi Bhattacharya said:

"The obligation assumes a higher moral ground since the deceased cannot defend oneself against any such unwarranted intrusion into her private space. After all, the right to privacy draws within its fold, the right to be left alone (or with others) and the right to treat one's intimacies, relationships, beliefs and associations as information which is to remain within the private domain. It is also about the belief that a person should be allowed to carry his/her secrets to the grave."

The court said the concept of privacy and private information underpins the constitutional guarantee of freedom of thought and associations. It includes the right to be free from interference and intrusion whether from the prying eyes of a neighbour or the eavesdropping ears of an associate and even the intrusive camera of a photographer, added the court.

Deliberating on the characteristics of private information, the court said the information which relates to "personal choices, relationships, intimacies, sexual preferences and orientation, home, family life; in essence any thought or idea which a person does not wish to be made known to the world or even beyond the confines of the person himself/herself or a group chosen by the persons, is private information."

Observing that the 'information privacy' also says who we are, what we do and what we believe in, the court said the concept of personal space and information also carries with it the right to be forgotten.

"Any information shared with another or put in the public domain does not mean that the information of the source must remain in public memory for all times to come. In other words, concomitant to the right of private information, is the right to be erased from public memory," said the court.

Explaining that by the act of sharing the information in the public sphere, a person relinquishes the right the preserve the information within the private space, the court said:

"Social media, with the newly introduced privacy settings (Group Firewalls) is an instance where the information shared assumes the character of private information. The assumption of privacy is also evident from the "end-to-end encrypted" security assurance of the WhatsApp messaging system."

Commenting on non-consensual sharing of a private chat by a person with a third party, the court said breach of confidence traditionally fastens on the conscience of the individual to enforce equitable duties which arise out of his or her relationship with the other.

The court also said originator of information has a legitimate expectation that the other party will not make the information public and only disclose it to a third party with consent.

"It may also be useful to stretch the borders of confidentiality to make a point against automatic sharing of information just because the information is in the public space. There may be unique ways in which information obtained from the public domain is used to sully a person's image and reputation or ridicule a person's identity," observed the court.

The court also said an unsuspecting person who is filmed or photographed by a journalist in a street has the right to seek injunction against the publication of that photograph regardless of whether there is an understanding between the person photographed and the photographer.

"To use another analogy, a person who picks up a diary containing personal notes belonging to another has the obligation not to make the contents of that diary public," said the court, adding if a person ventures into the public, he or she does not relinquish his or her claims to the private space.

Read here about the facts of the case and the court's decision.