Right To Privacy Is A Right In Personam, Not Inheritable By Mothers Or Legal Heirs Of Deceased: Delhi High Court 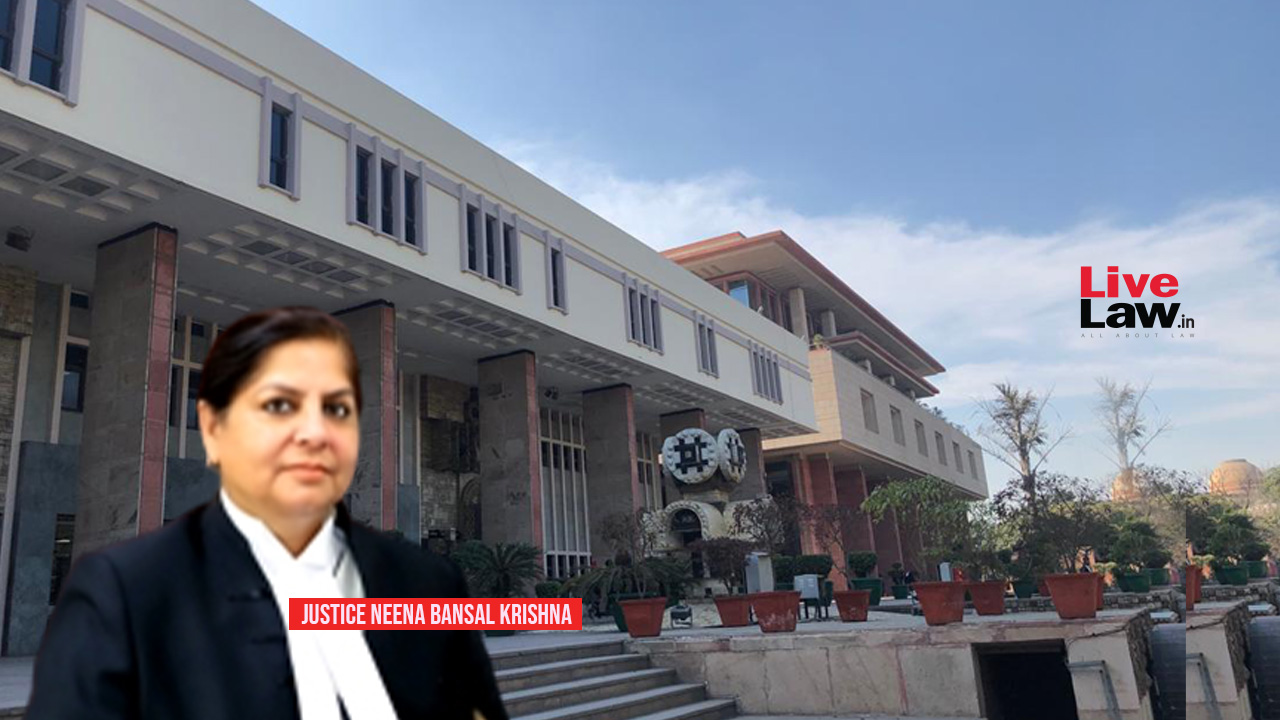 The Delhi High Court has ruled that the right to privacy is essentially a right in personam and therefore is not inheritable by the mothers or legal heirs of the deceased persons.

Justice Neena Bansal Krishna made the observation while refusing to grant interim relief in a suit filed against Bollywood Filmmaker Hansal Mehta and others for restraining the release of their film 'Faraaz'.

The movie is based on the terrorist attack that happened on 1st July, 2016 in Holey Artisan, Dhaka, Bangladesh.

The suit was filed by a family that had lost their daughters in the attack. They feared that their daughters may be shown in a bad light and hence, prayed for an injunction in their favour.

The film was alleged to be violative of their right to Privacy and right to Fair Trial under Article 14 and 21 of the Constitution of India.

The plaintiffs have not been able to make out any case of "being left alone" once breach of Privacy itself has not been established, the court said.

"It may thus be concluded that the plaintiffs have not been able to establish any of the three limbs i.e. prima facie case, balance of convenience or irreparable loss or injury in their favour. The plaintiffs are, therefore, not entitled to injunction. The interim stay order stands vacated," the court said while dismissing the application seeking ad-interim injunction.

The court observed that the sphere of privacy stretches at one end to those intimate matters to which a reasonable expression of privacy may attach and to matters of anonymity on the other hand.

The court also opined that the right to privacy being a basic human right, is entitled to be protected under common law by way of an injunctive relief.

It was observed that the right to privacy of the mothers of the two girls who died in the attack, was in no way getting impinged by the movie.

"Neither is the privacy of the mother's/ plaintiff's in any way being compromised nor is there any affront to their dignity and privacy, merely because their two daughters happened to be the victims of the terror attack. The plaintiffs may have been successful if their personal right to privacy was in any way being infringed by the making of this movie but unfortunately, no such circumstance has been pleaded by the plaintiffs," the court said.

It was observed that it may not be correct to say that screening of a movie would cause any kind of trauma and upheaval specially when the incident had happened in the year 2016 and the movie in question was intended to be screened in 2022.

The court also noted that the disclaimer given by the defendants in the movie prima facie takes care of the concerns expressed by the plaintiff.

In this backdrop, the court said "Merely because the two girls may get identified from the material already available and the extensive reporting of the incident, would not be a sufficient ground to create an apprehension of a laudatory role given to Faraaz and rise into a higher level of humanity by sacrificing his own life to save the life of the two girls which is intended to be brought in the public domain."

While adjudicating on the aspect of defamation and emotional trauma, the court said that defamation of a deceased person does not give rise to a civil right of action and common law in favour of the surviving family or relatives who are not defamed themselves.

The court said "The defamatory matter must be published concerning the plaintiff. As a matter of sound public policy, malicious defamation of the memory of a dead is condemned as an affront to the general sentiments of morality and decency, and the interest of society demand its punishment through the criminal courts but the law does not contemplate the offence as causing any special damage to another individual, though related to the deceased, and therefore, it cannot be made the basis for recovery in a civil action."

It added "Where one is supposed to stand upon his own merits and where success or failure is entirely dependent upon the accidents of rank of family connection. A defamation of such character however grievous or disturbing can afford no injury that can be measured by a pecuniary standard."

Therefore, the court also observed that emotional trauma per se may be relevant as a component of defamation, but it cannot be the sole basis for making a prima facie case in favour of the plaintiffs in the matter.

"The defamation, as already discussed above, is a personal right and is not pre-emptive in nature. Without having seen the movie and without there being any basis, the plaintiffs have not been able to explain as to which aspect of the movie is defamatory. The defamation essentially can be asserted only after the movie has been released," the court said.