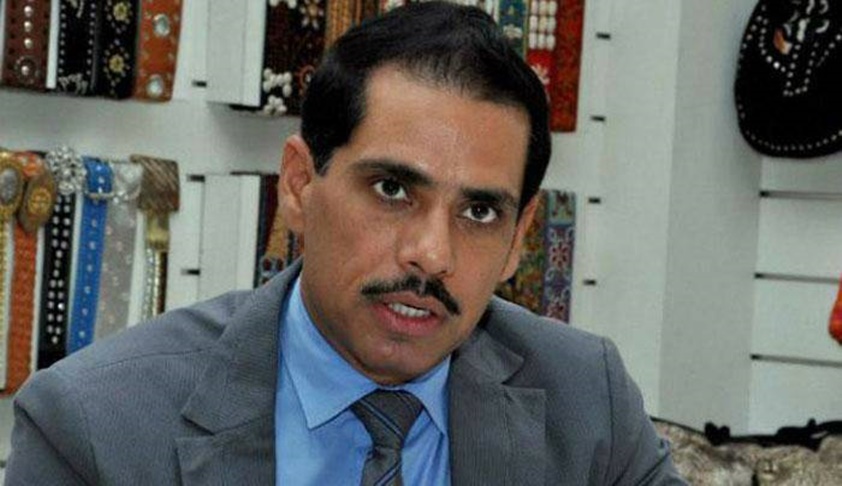 Robert Vadra Wednesday approached the Delhi High Court seeking quashing of a money laundering case lodged by the Enforcement Directorate (ED) in which he has been questioned by the probe agency, saying he was being "harassed" and "humiliated". Vadra, brother-in-law of Congress President Rahul Gandhi, has also sought that various provisions of the Prevention of Money Laundering Act...

Robert Vadra Wednesday approached the Delhi High Court seeking quashing of a money laundering case lodged by the Enforcement Directorate (ED) in which he has been questioned by the probe agency, saying he was being "harassed" and "humiliated".

The plea, in which he has sought quashing of the ED's FIR lodged in 2017, has been listed for hearing on March 25.

The ED case relates to allegations of money laundering in the purchase of a London-based property at 12, Bryanston Square, worth 1.9 million pounds. The property is allegedly owned by Vadra.

A trial court had on Tuesday extended Vadra's interim protection from arrest till March 25 in the case.

Vadra has sought that Sections 3 (offence of money laundering), 17 (search and seizure), 19 (power to arrest), 24 (burden of proof), 44 (offences triable by special courts) and 50 (powers of authorities regarding summons, production of documents and to give evidence, etc) of the PMLA be declared ultra vires or unconstitutional.

Manoj Arora, his close aide and an employee of Vadra's Skylight Hospitality LLP, has also filed a similar petition in the high court.

Vadra said while it is permissible for the investigating agencies to conduct further probe, the sweeping power of investigation does not warrant subjecting a citizen each time to a fresh investigation in respect of the same incident giving rise to one or more cognisable offences.

The plea said that multiple investigations have been held in "abuse of statutory power of investigation and therefore second or successive FIRs filed in connection with the same or connected cognisable offence alleged to have been committed in the course of the same transaction pursuant to the first FIR is liable to be quashed".

The petition added that despite the investigation in the land deals in Rajasthan and Haryana by various probe agencies, nothing was found against Vadra and his firms.

"However, in order to harass and humiliate the petitioner, another ECIR was registered into the same deals. It was in this wake of the matter that Rajasthan High Court directed that no coercive steps will be taken against the petitioner (Vadra)," the petition said.

It said, "another ECIR was registered with regard to the same assets in India and abroad which were subject matter of the FIRs and earlier ECIR registered by the Respondent (ED) at Jaipur. The investigation into the subject ECIR also was to be done on the basis of same documents which had already been supplied."

The plea said it is a gross violation of his rights since "he is being compelled to take part in criminal proceedings without being informed of the...crimes they are alleged to have committed".

Regarding section 19 (power to arrest) of the PMLA, Vadra said the provision cannot be construed or exercised as if it were an unbridled power without any restrictions or safeguards. It can only be exercised after a complaint is made under Section 45 of PMLA and cognisance of the same taken by the magistrate.

"That the same provisions challenged in the above grounds constitute the main operative parts of the Act and hence this makes the entire Act liable to be struck down on the grounds of being unconstitutional. The application of the doctrine of severability is precluded since rest of the PMLA is rendered useless if the charging sections, namely section 3, 17, 19, 24, 44 and 50 are illegal," the plea said.

He also filed an application seeking direction to the agency to not take any coercive step against him till the pendency of his quashing petition.

The ED had told the trial court that it lodged the money laundering case against Arora after his role came up during the probe of another case by the Income Tax Department under the newly enacted Black Money Act and tax law against absconding arms dealer Sanjay Bhandari.

It alleged that the London-based property was bought by Bhandari for GBP 1.9 million and sold in 2010 for the same amount despite incurring additional expenses of approximately GBP 65,900 on its renovation.

"This gives credence to the fact that Bhandari was not the actual owner of the property but it was beneficially owned by Vadra who was incurring expenditure on the renovation of this property," the ED had told the court.

ED said it received information about various new properties in London which allegedly belong to Vadra, including two houses of 4-5 million pounds each and six other flats.

Vadra, whose anticipatory bail plea is pending before the trial court, has been granted protection from arrest in the case.

The agency claimed in the trial court that Vadra was not cooperating and sought his custodial interrogation.

It also said there was reasonable apprehension that Vadra, being a highly influential person, would tamper with the evidence and hamper the investigation.

In his anticipatory bail plea, Vadra alleged he was being subjected to "unwarranted, unjustified and malicious criminal prosecution which on the face of it is completely politically motivated and is being carried out for reasons other than those prescribed under law".

It has said Vadra's office was raided by the ED on December 7, 2018 and, therefore, he seriously apprehended that his liberty may be curtailed by the agency.