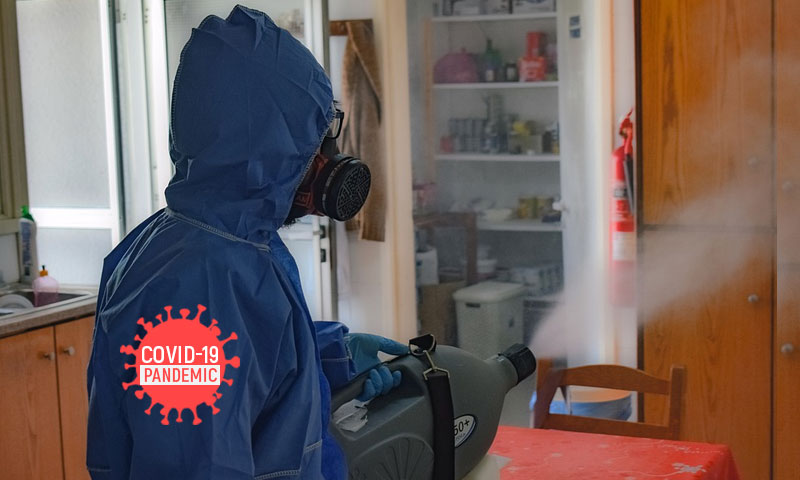 The Maharashtra Government on Friday informed the Bombay High Court (Nagpur Bench) that a decision has been taken by state government to conduct "RT-PCR TEST" in a stage-wise manner on "frontline warriors" including doctors, nurses, pharmacist, policemen working in two containment zones of Mominpura and Satranjipura in Nagpur."The RT-PCR tests of the Medical and Police Personnel working...

The Maharashtra Government on Friday informed the Bombay High Court (Nagpur Bench) that a decision has been taken by state government to conduct "RT-PCR TEST" in a stage-wise manner on "frontline warriors" including doctors, nurses, pharmacist, policemen working in two containment zones of Mominpura and Satranjipura in Nagpur.

"The RT-PCR tests of the Medical and Police Personnel working or discharging duty in the two containment zones of Mominpura and Satranjipura are proposed to be conducted, where more than 15 positive cases are found in each of containment zones in staggered phases", stated the report submitted by the Government in the Court.

A  bench comprising Justice Ravi Deshpande and Justice Amit Borkar directed the State to file an additional affidavit on compliance of earlier direction passed by the Court on May 19 to take an appropriate decision within 48 hours on whether to conduct RT-PCR tests on medical and police personnel discharging duties in the containment zones.

On May 19, a bench of Justice Rohit Deo had ordered :

"It would be appropriate if the District Collector and the Commissioner of Police, Nagpur take an appropriate decision on conducting such tests on the medical and police personnel working or discharging duty in the two containment zones of Mominpura and Satranjipura, as a pilot project. The decision, either way, shall be taken in 48 hours".

The direction was passed in a Public Interest Litigation filed by Citizens Forum for Equality, a registered NGO at Nagpur through its President Madhukar Ganpat Kukde, seeking certain directions to immediately start the RT-PCR Test for all doctors, Nurses, Paramedical Staff, Police Persons, Pharmacist attending Covid-19 patients in war against disease

The counsel for the petitioner Adv. Dr. Tushar Mandlekar argued that all these "frontline health workers" are facing threat of their life while attending the national duty to fight Covid-19 war and are not even tested even after two months of this "war against disease"

He argued that in Bombay 64 Police Persons were found to have been Covid-19 Positive even when they are "asymptomatic" persons as they were doing their national duty on the day of filing petition, and today more than 1200 policemen are infected by covid19. The petitioner argued that State Governments must immediately start "RT-PCR" test of these front line health workers and Police Personals.

Prima facie agreeing with the petitioner's contention, the Justice Rohit Deo had observed that the ICMR guidelines should not be read "narrowly" and that the State was obliged to provide additional protection to the "frontline warriors".

"It must be borne in mind that it is well known and accepted that a Covid-19 patient may exhibit symptoms only after 10 to 12 days. The medical and police personnel who discharge duty in the containment zones or discharge duty of such nature as would expose them to infection may be infected through a person who is not symptomatic.

The question which the authorities will have to address is whether the guidelines be read narrowly or pedantically or whether the State owes it to the frontline warriors to take additional steps or measures, assuming that the guidelines do not envisage such testing.

In my considered view, which of course is a prima facie view, presently the medical and police personnel are doing, what the brave hearts of the armed forces do day in and day out, i.e. answering the call of duty at the risk of falling pray to the deadly virus. The society in general and the State in particular owes it to the frontline warriors to take all possible measures as would minimize if not obliterate the threat of infection, assuming arguendo, that the advisory or guidelines issued by ICMR do not cover the frontline warriors till the symptoms are manifested.

The State would expected to take additional measures, going beyond the guidelines, if such measures ensure the minimization of the risk to the medical and police personnel".