Rummy Is A Game Of Skill; But Playing It For Stakes Amounts To Offence Of Gambling :Kerala HC [Read Judgment] 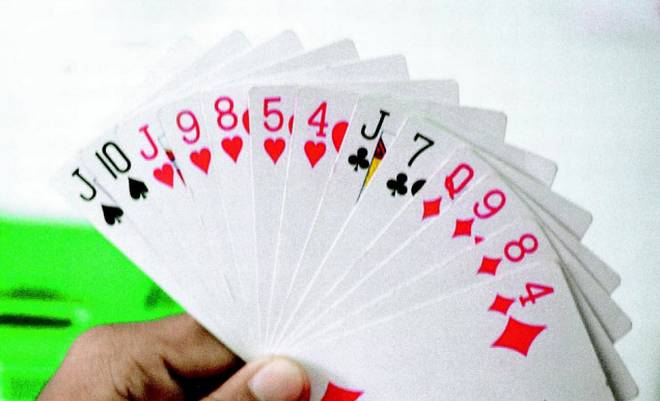 The High Court of Kerala has held that playing rummy for stakes is an offence under the Kerala Gaming Act 1960. The Court also added that rummy is a game of skill and that playing it for innocent pastime is not an offence.

This ruling was made by a Division Bench of Justices P R Ramachandra Menon and N Anilkumar in a petition filed by a Secretary of a club against alleged harassment by police by visiting the club and booking cases against its members for playing rummy.

To deal with the case, the Court had to deal, inter alia, with the issue whether rummy is a game of skill or a chance liable to be regarded as gambling. The Court appointed Advocate P N Sukumaran as amicus curiae for assistance in resolving the issue.

In that regard, the Court noted that the Supreme Court  in State of Bombay v. R.M.D Chamarbaugwala and another (AIR 1957 SC 699) and R.M.D. Chamarbaugwala and another v. Union of India and another [AIR 1957 SC 628] had held that gambling is not a trade and as such, is not protected under Article 19(1)(g) of the Constitution of India. It was further held that the competitions, which involve, substantial skill are not gambling activities.

It also noted that the expression 'game of mere skill' has been interpreted by the Apex Court in State of A.P v. K. Satyanarayana (1968 AIR 825). In that case, it was held that rummy was a game of skill. However, it was also held that if there is evidence of any owner of house of club making profit or gain from the game of rummy or any other game played for stakes, the offence of gambling is made out.

The Kerala Act provides an inclusive definition of common gaming house, which clearly includes any house, room, tent, enclosure,vehicle, vessel or place opened, kept or used or permitted to be opened, kept or used for the purpose of gaming. Gaming as per the Act means wagering, betting or gambling.

"On a close analysis based on the decisions cited above, as has been rightly submitted by the learned Amicus Curiae, the definition contemplated under the Kerala Act with regard to common gaming house does not exclude rummy for stakes within the club, even if the club is not making profit from the business", observed the judgment authored by Justice N Anil Kumar.

"In view of the various decisions of the Apex Court, there cannot be any doubt that playing rummy for stakes within the club premises is an offence, provided the Police conducted search in accordance with Section 5 of the Kerala Act", the judgment went on to hold.

The Division Bench also approved the Madars High Court decision in Director General of Police v S Dilibabu, which held that playing rummy as such does not constitute an offence, but playing it with stakes for money would amount to gambling. The Madras High Court went on to hold that gambling was an evil and gaming houses flourish as profitable business and that detection of gambling was difficult. Therefore, the Madras Hihg Court had refused to restrain police from visiting club premises from time to time.

The Court further held that "we are left in no doubt that playing rummy for innocent pastime is not an offence and is certainly a game of skill as held in Satyanarayana's case".

The writ petition was disposed of with the direction that police should strictly follow the procedure under the Kerala Gaming Act before carrying out search, seizure or arrest.