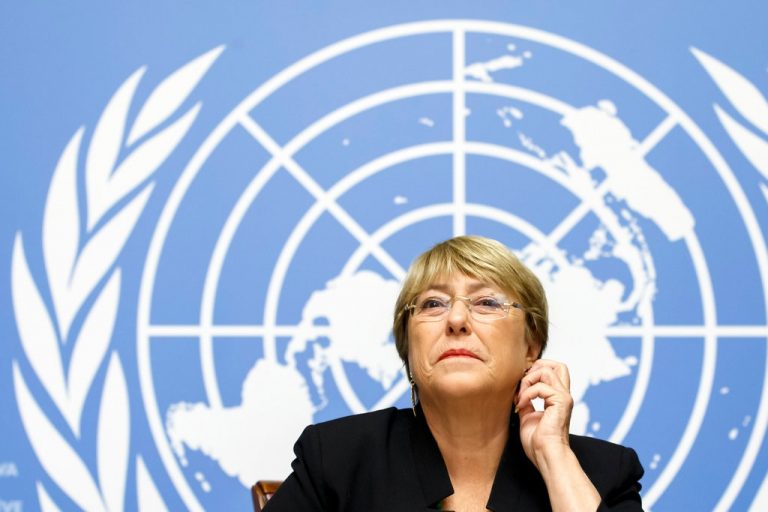 x
The Ministry of External Affairs responded by saying that violations of law cannot be condoned on the pretext of human rights.
Your free access to Live Law has expired
To read the article, get a premium account.

The United Nations High Commissioner for Human Rights Michelle Bachelet on Tuesday appealed to the Government of India to safeguard the rights of human rights defenders and NGOs, and their ability to carry out their crucial work on behalf of the many groups they represent. Bachelet expressed regret at the tightening of space for human rights NGOs in particular, including by the application of vaguely worded laws that constrain NGOs' activities and restrict foreign funding.

"India has long had a strong civil society, which has been at the forefront of groundbreaking human rights advocacy within the country and globally," the High Commissioner said. "But I am concerned that vaguely defined laws are increasingly being used to stifle these voices."

Bachelet cited as worrying the use of the Foreign Contribution Regulation Act (FCRA), which a number of UN human rights bodies* have also expressed concern is vaguely worded and overbroad in its objective. The Act prohibits the receipt of foreign funds "for any activities prejudicial to the public interest."

"The FCRA has been invoked over the years to justify an array of highly intrusive measures, ranging from official raids on NGO offices and freezing of bank accounts, to suspension or cancellation of registration, including of civil society organizations that have engaged with UN human rights bodies," Bachelet said.

"I am concerned that such actions based on the grounds of vaguely defined 'public interest' leave this law open to abuse, and that it is indeed actually being used to deter or punish NGOs for human rights reporting and advocacy that the authorities perceive as critical in nature. Constructive criticism is the lifeblood of democracy. Even if the authorities find it uncomfortable, it should never be criminalized or outlawed in this way."

"I urge the Government to ensure that no one else is detained for exercising their rights to freedom of expression and peaceful assembly – and to do its utmost, in law and policy, to protect India's robust civil society," the High Commissioner said. "I also urge the authorities to carefully review the FCRA for its compliance with international human rights standards and to release people charged under the Unlawful Activities Prevention Act for simply exercising basic human rights that India is obligated to protect."

Responding to the concerns expressed by United Nations High Commissioner for Human Rights, the Ministry of External Affairs on Tuesday said that violations of law "cannot be condoned under the pretext of human rights". Foreign ministry spokesperson Anurag Srivastava said he expected a more nuanced view on the matter from a UN body.

"We have seen some comments by the UN High Commissioner for Human Rights on an issue relating to the Foreign Contribution Regulation Act (FCRA)," Srivastava said in a statement. "India is a democratic polity based on the rule of law and an independent judiciary. The framing of laws is obviously a sovereign prerogative. Violations of law, however, cannot be condoned under the pretext of human rights. A more informed view of the matter was expected of a UN body."

Read our statement on comments by UN High Commissioner for Human Rights on an issue related to Foreign Contribution Regulation Act (FCRA). pic.twitter.com/uPsMhktzJt