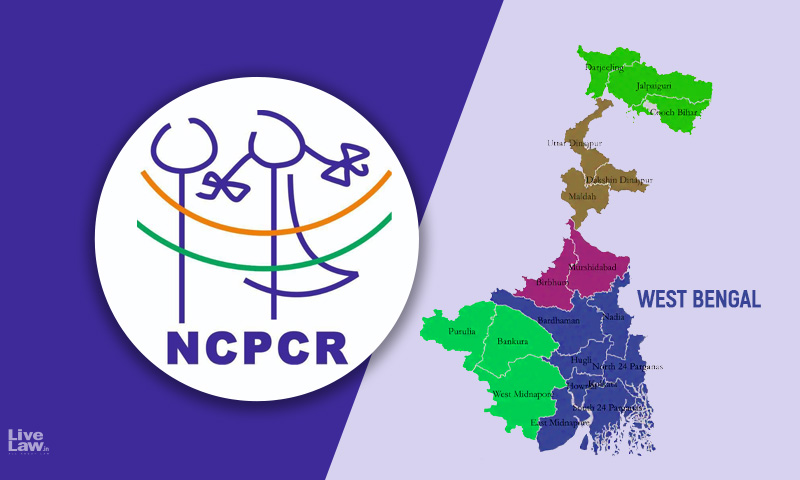 Taking note of the complaint received by it concerning the safety and security of children in West Bengal amid incidents of violence, the National Commission for Protection of Child Rights (NCPCR) has written to the Home Secretary of West Bengal raising concerns over post-poll violence in the state affecting children.

"Since the conclusion of election polls in the state of West Bengal on May 2, there are many incidents of violence being reported across the state which has made the people vulnerable and at imminent risk of danger and harm, especially children."

The Letter further says that

"In relation to these incidents of violence, the Commission has received a complaint concerning the safety and security of children in the state in these present incidents of violence. The complainant has stated that during this widespread attack against the people in the state, the children are being targeted and are being subjected to torture, inhuman and degrading treatment."

The letter adds that the complainant has claimed that many children have been recruited to participate in the incidents of violence.

Therefore, the letter says, the Commission deems it appropriate to take cognizance under Section 13(1)(j) of the CPCR Act, 2005 in this matter in view of the serious nature of incidents being reported in the state posing a threat to the safety of the children and their rights and the averments made in the complaint, the commission.

Also, the Commission has requested the Home Secretary of West Bengal to conduct an inquiry into these incidents of violence with regard to the safety and well-being of children.

Consequently, the letter concludes by seeking an action taken report of the inquiry along with information about the steps taken by the government within 7 days.

In related news, taking note of several media reports published in various newspapers on May 4, 2021, regarding the death of some persons in the alleged Post-poll violence in West Bengal on May 3, 2021, the National Human Rights Commission, NHRC, India yesterday took Suo Moto Cognizance of the matter.

In its press release, the NHRC observed thus:

"The political workers allegedly clashed with each other, party offices were torched down and some homes were ransacked & valuables also looted. District Administration & local Law & order enforcement agencies appear not to have acted to stop such violation of human rights of the affected persons."