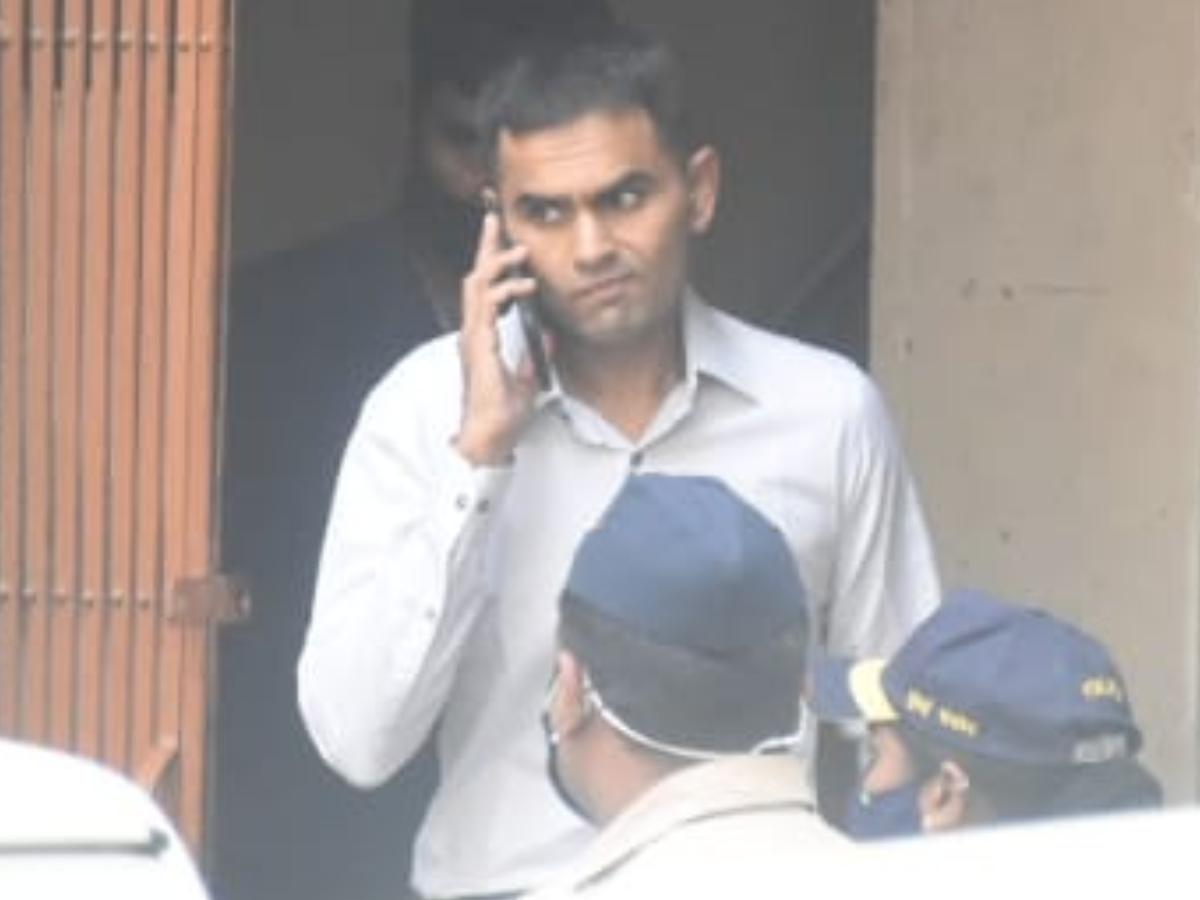 In a fresh set of allegations against the Narcotics Control Bureau (NCB) and its Zonal Director Sameer Wankhede a retired police officer's son has cited CCTV footage to contradict the alleged seizure of 300 gms of ganja and 436 LSD blots from his home in June,2021. Retired Assistant Police Commissioner (ACP) Anant Kenjale's son - Shreyas - has sought for the court to take the CCTV...

In a fresh set of allegations against the Narcotics Control Bureau (NCB) and its Zonal Director Sameer Wankhede a retired police officer's son has cited CCTV footage to contradict the alleged seizure of 300 gms of ganja and 436 LSD blots from his home in June,2021.

Retired Assistant Police Commissioner (ACP) Anant Kenjale's son - Shreyas - has sought for the court to take the CCTV footage on record in which Wankhede allegedly went to his house but his presence wasn't recorded anywhere in the panchnama.

"I say that I am concerned for my son Shreyas Anant Kenjale who has been falsely implicated in the case…."

The Applicant submits that the presence of Mr. Sameer Wankhede is not mentioned in the Panchnama. However the CCTV recordings indicate that he had come to the premise of the Applicant and he left the building around 10.50 p.m. That the Prosecution has not given any reasons why his presence is not noted in the Panchnama," the plea accompanied by the father's affidavit states.

It pointed towards a mismatch between the movement of panch witnesses and police officers as recorded in the seizure panchnama, from CCTV footage. The special court has directed NCB to respond to the application.

Earlier, 20-year-old – Zaid Rana – allegedly arrested with commercial quantity of drugs, also accused NCB's officials of foisting recovery of drugs from him due to Wankhede's "personal enmity" with his family. The NCB denied these allegations in response to his bail plea.

Yesterday, the Bombay High Court released its detailed order granting bail to Aryan Khan and two others in which it observed that prime facie there was no positive evidence of conspiracy between them.

Rana, claimed that the same controversial panch witnesses used in Aryan Khan's case were cited in his case as well. However, they later came to be changed.

ACP Kenjale's son Shreyas was arrested by NCB officers on June 22, 2021, after his premises were searched the previous day. He was booked under sections Sections -8(c) r/w 20(b)(ii)(A), 22(c), 27, 27A, 28 & 29 of the NDPS Act for possession of intermediate quantities, financing of illicit drug traffic, and conspiracy.

In an affidavit attached to the application, the retired ACP claimed that he wrote to the NCB soon after his son was taken alleging that he wasn't given a copy of the panchnama and sought to know the grounds for his son's arrest.

"I say that within sometime I got a call from some unknown number, my son was made to speak to me from that mobile who told me that I had made a big mistake by sending the e-mail. The agency is very angry and now they will make a huge case against me," he states in the affidavit.

Kenjale said in a subsequent mail he apologised to the officers.

According to the panchnama, the house was searched between 9.30pm and 11.30pm on 21st with two panch witnesses and several officer. However, the first panch witness is seen going up stairs at 10.07pm and then several times back and forth, as per the CCTV footage.

Wankhede is also seen entering the building compound at 9.47 and then leaving at 10.50pm, the plea states. Additionally, Superintendent VV Singh alleged to be in the premises at the time of the panchnama is seen in the building lobby around the same time.

The application gives a breakdown of where other officers allegedly were despite claiming to be in the house around that time.

Rana claimed that Wankhede "planted" the contraband - which the NCB allegedly seized from his drawer and scooter, in April. The alleged contraband included 70 blots of LSD, 30 gram curated marijuana (buds) and charas, in Oshiwara.

Rana claimed that his parent's flat in Oshiwara is adjacent to the flat belonging to someone from Wankhede's family which is given on rent. Due to a minor dispute between his parents and the rentee, Wankhede "created the present case" by his personal presence at the premises of the accused "which can be seen from the CCTV footage of the building", says the plea.

"Recently in the case of Aryan Khan, it has come to the light of all the courts concerned, the manner in which the Zonal Director of NCB is capable of manufacturing and manipulating the records. Even the present case is one where due to personal enmity, he has registered the case by way of creating false and fabricated evidences."

In its response to Rana, the NCB claimed "scathing and baseless" allegations have been made and further accused Rana of an agenda without any substance. The agency called this comparison with Aryan Khan's case "mischievous."