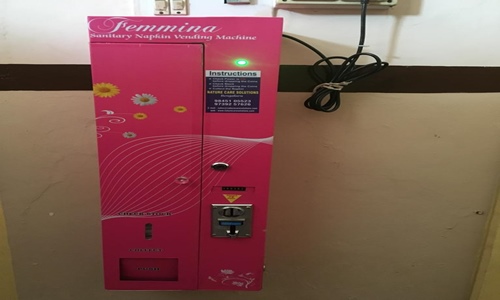 A Vending Machine of hygiene products including sanitary pads has been installed by the High Court of Karnataka. The machine is present in one of the ladies' restrooms Southern Side of the Annex Building on the first floor. The hygiene products accessible to all advocates, staff of the High Court (the majority of them being women), and litigants, are being sold at a nominal price of Rs. 5.

The initiative was taken on the recommendation of Mrs. Justice B.V Nagaratha, the Chairperson of the High Courts Building Committee. The Committee will also be considering the proposal of installing similar machines in all female washrooms throughout the High Court for easy access and inclusiveness.

A bench headed by Chief Justice Dipak Misra in 2017 had issued a directive to the Supreme Court registry to install three sanitary pad vending machines based on a plea by Nandini Gore highlighting the difficulty for women visiting and working in the court to get disposable sanitary napkins. Around 10 lakh rupees were issued for this and order provided for installing an equal number of incinerators to safely dispose of soiled napkins as well. In August 2018, the Delhi High Court also ordered installation of sanitary pad vending machines in the High Court building.

In recent years, awareness on menstrual hygiene has been created over the country leading to installation of vending machines in several establishments. The National Commission for Women emphasized the need to install sanitary napkins in schools and colleges in a letter to the HRD Ministry in 2018. In April this year, the Maharashtra government launched a project to install such sanitary pad machines in 140 spots for women police across the city. Such vending machines have also been installed in the offices of the Home and Finance Ministries of the Central government. 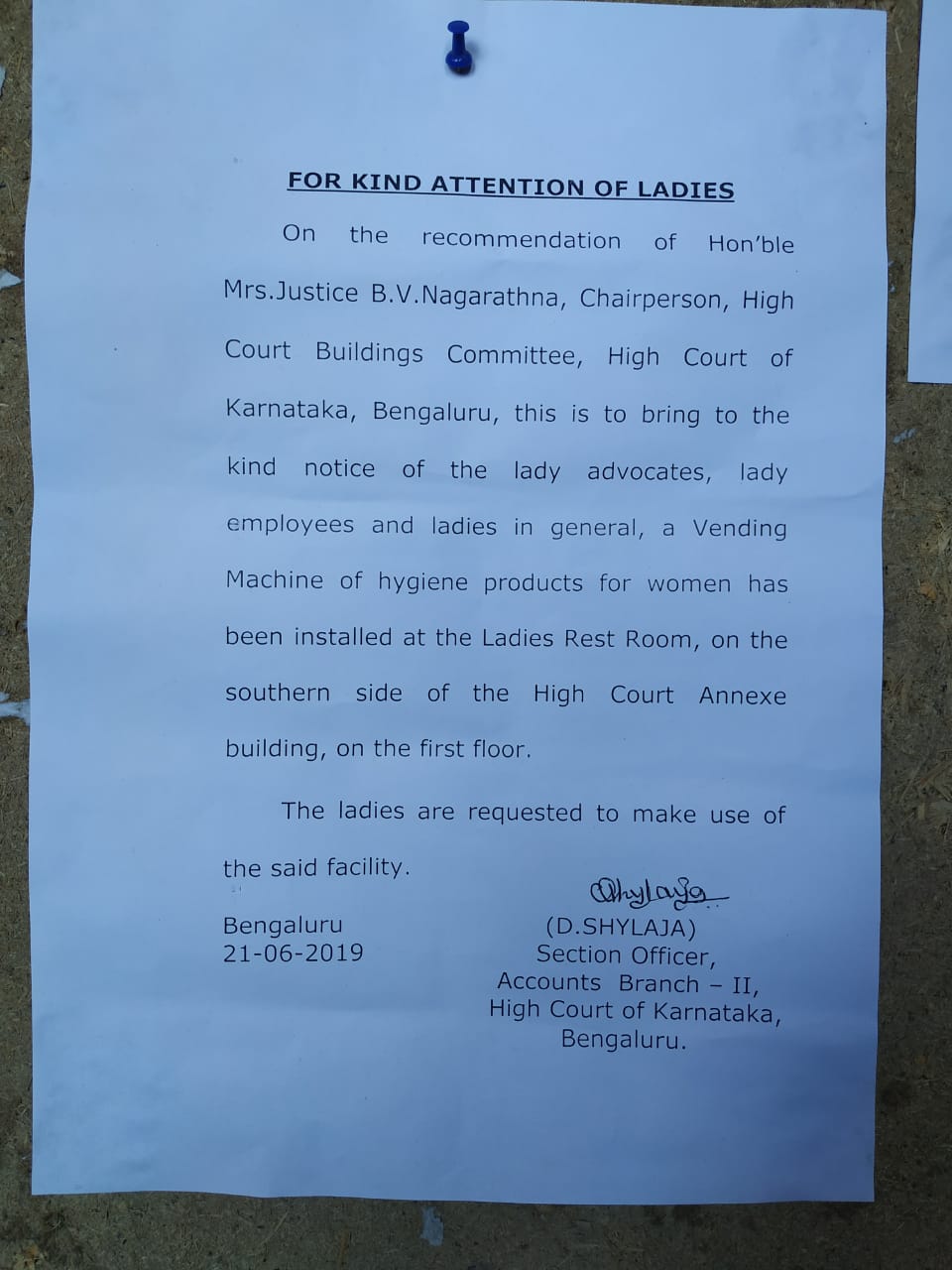