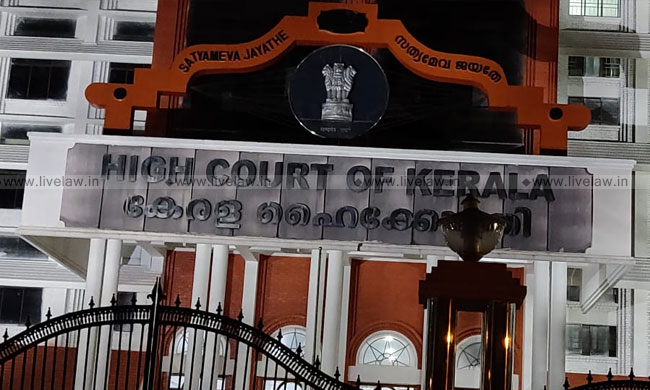 The High court of Kerala takes cognizance of the alarming water-logging and water rising in the Kochi city.Justice Devan Ramachandran has issued also issued directions to curb the menace on a war footing basis. The issue in hand pertained to the Thevara- Perandoor canal which has turned into a rancid, putrid sewage canal. Terming the canal as the 'life line of the city',...

The High court of Kerala takes cognizance of the alarming water-logging and water rising in the Kochi city.

The issue in hand pertained to the Thevara- Perandoor canal which has turned into a rancid, putrid sewage canal. Terming the canal as the 'life line of the city', the court noted that due to various man-made elements the canal has now turned into a ' putrid sewage canal' causing danger to all residents of the city; contaminating groundwater, drinking water sources etc. The court adverting to the incident of frequent floods/waterlogging caused in the city to the torrential rains, opined that one of the primary causes of floods being blockage of the canal, which according to the court was a 'disaster waiting to happen'.

After adverting to various materials on record and submissions of the parties ,the Court was of the unequivocal opinion that the 'Kochi City was feeling the heat of encroachments' and hence required immediate steps to curb and control the same on a time line basis.

Coming to the case in hand [ Thevara –Peranadoor canal] the court then proceeded to issue the following directives.

(i) State to issue appropriate orders forthwith prohibiting the dumping of waste and draining of sewage into Thevara –Peranadoor canal.

(ii) Persons engaged in dumping of waste and draining of sewage into canal to be held liable for prosecution under municipal and penal laws.

(iv) Corporation to begin proactive steps to clean the canal forthwith and ensure that deposit of garbage and draining of sewage is stopped on a war footing basis. Violators to be booked and held accountable under the Municipal /penal law.

(v) Necessary police assistance to be availed by Corporation to prevent above nuisance especially in places where there are less inhabitation , thus emboldening such persons to do so.

(vi) Commissioner of Police and all police officers under his command are given direction to give implicit assistance to the Kochi corporation in the above matter.

(vii) Corporation being the owner of the canal,shall be responsible to ensure the canal to be maintained properly by removal of garbage and filth on a daily basis as and when required and not on a 'annual ritual' basis.

(viii) Secretaries of Revenue and Local self Department to monitor the future course of action to be taken through appropriate designated authorities. They shall further file periodic reports before the Honourable Court, so as to enable oversee the further course of action.

(ix) Corporation of Kochi shall file monthly reports , explaining the steps taken by them on a day to day basis to protect the Canal and further to ensure that the canal is maintained without any further deterioration.

(x) Corporation of Kochi to publicize this order in Newspapers and to erect boards on all sides of Canal to inform the Public that this Honourable court has prohibited the dumping of waste in to the canal and further declared it into a punishable offence.

The court also directed the matter to be treated as part-heard and listed it to further consideration on 15/11/2019 by which time the concerned authorities should filed their respective reports as directed above.