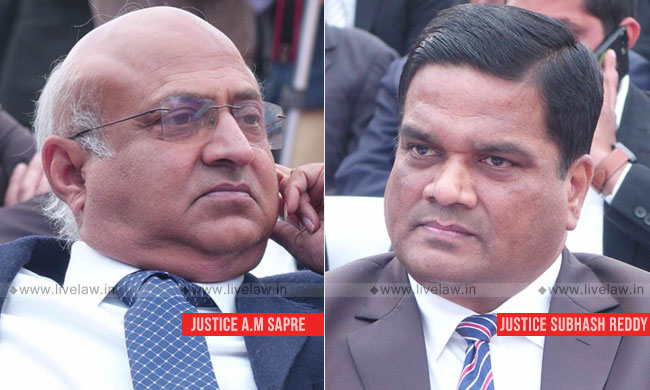 x
"If the appellant had not fired, the deceased party having said “fire them” could either use their gun in shooting the appellant or A­2 or would have run away from the spot to avoid their arrest."

The Supreme Court has acquitted a Forest Range Officer accused of killing a man allegedly belonging to a smuggling party, on the ground that he did it in his self defence. A murder charge was slapped on Sukumaran; accused of shooting and killing a man, in Dharmapuri forest area in the State of Tamil Nadu. The prosecution had further alleged that he loaded 64 billets of sandal...

The Supreme Court has acquitted a Forest Range Officer accused of killing a man allegedly belonging to a smuggling party, on the ground that he did it in his self defence.

A murder charge was slapped on Sukumaran; accused of shooting and killing a man, in Dharmapuri forest area in the State of Tamil Nadu. The prosecution had further alleged that he loaded 64 billets of sandal woods weighing 276 KG and also kept one SBML Gun in the lorry with a view to show that the deceased party was smuggling sandal woods from the forest area without holding a valid permit/license. The Trial Court convicted Sukumaran under Section 302 IPC. Later, the High Court converted conviction to Section 304 Part II IPC and awarded him 5 years' Rigorous Imprisonment.

In his appeal, the bench comprising Justice Abhay Manohar Sapre and Justice R. Subhash Reddy succinctly explained the law regarding right to private defence. It also referred to judgments in Amjad Khan vs. Haji Mohammad Khan and Darshan Singh vs. State of Punjab. It said:

"Sections 96 to 106 of IPC deal with right of private defence of a person involved in commission of offences under the IPC. Section 96 of IPC says that nothing is an offence, which is done in the exercise of the right of private defence.. Section 97 of IPC provides that a right of private defence extends not only to the defence of one's own body against any offence affecting the human body but also to defend the body of any other person. The right also embraces the protection of property, whether one's own or another person's, against certain specified offences, namely, theft, robbery, mischief and criminal trespass. The limitations on this right and its scope are set out in the sections which follow. For one thing, the right does not arise if there is time to have recourse to the protection of the public authorities, and for another, it does not extend to the infliction of more harm than is necessary for the purpose of defence. Another limitation is that when death is caused, the person exercising the right must be under reasonable apprehension of death, or grievous hurt, to himself or to those whom he is protecting; and in the case of property, the danger to it must be of the kinds specified in Section 103."

Taking note of the FIR lodged by the accused, immediately after the incident, the bench observed that the officer was entitled to exercise his right of private defence against the deceased party. Setting aside the High Court order and acquitting the accused of all charges, the bench observed:

"The High Court, in our view, failed to appreciate that firstly, the appellant had every reason to believe that due to suspicious moment of the deceased party in the forest, they were trying to smuggle the sandal wood from the forest. Secondly, the deceased party was aggressor because, as held above, they first pelted the stones and damaged the appellant's vehicle shouting "fire them". Thirdly, the appellant's duty was to apprehend the culprits who were involved in the activity of smuggling sandalwoods and at the same time to protect himself and his driver in case of any eventuality arising while apprehending the culprits."