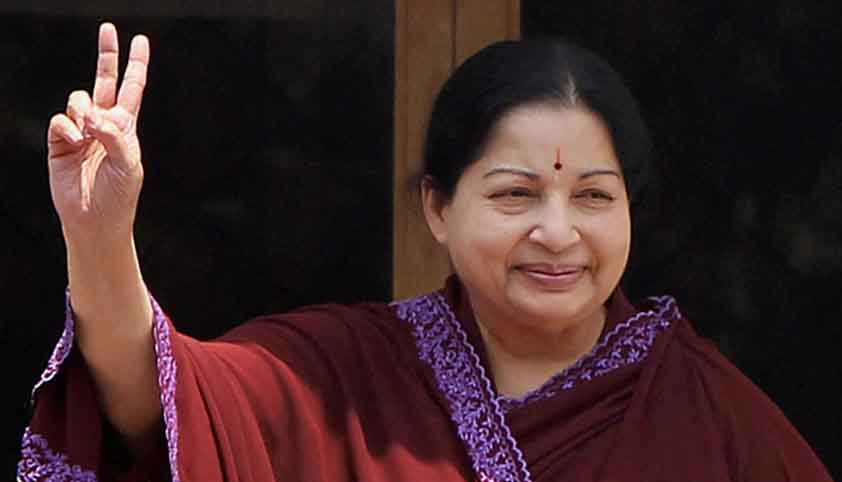 The Supreme Court Bench headed by Chief Justice of India (CJI) Ranjan Gogoi on Friday stayed further proceeding of the Justice Arumughaswamy Commission, which is probing into the death of former Chief Minister of Tamil Nadu J Jayalalithaa.

The bench, also comprising Justices Deepak Gupta and Sanjiv Khanna, passed the stay order on the petition filed by Apollo Hospital, through Advocate Rohini Musa, challenging the Madras High Court's April 4 order allowing the commission to continue with its proceedings.

Senior Advocate CA Sundaram appeared for the hospital before the SC bench.

The hospital in its plea sought the appointment of a medical expert board to examine the 10,500-page medical report filed before the commission regarding the treatment given to Jayalalithaa.

The petitioner hospital also sought an exemption for its 10 doctors and two consultants from appearing before the commission for the cross-examination.

The Madras High Court had refused to interfere in the investigations of the commission, saying that the court could not interfere as the commission had completed 90 per cent of the enquiry.

"The findings of such Commission would not be binding and would only form material for the State Government to determine the future course of action. While so holding the Hon'ble High Court did not take into account the series of justified apprehension of the Petitioner Hospital as to the immense and irretrievable prejudice to its reputation, more so, when the proceedings were being highly publicized with the Respondent No. 2 (Commission) releasing to the media such proceedings, rulings, etc even before making the same available to the hospital," the petition stated.

The Madras High Court had also rejected Apollo's demand to set up an independent medical board to probe into the correctness of the treatment provided to Jayalalithaa and cautioned the commission to stick to the terms of reference set by the government.