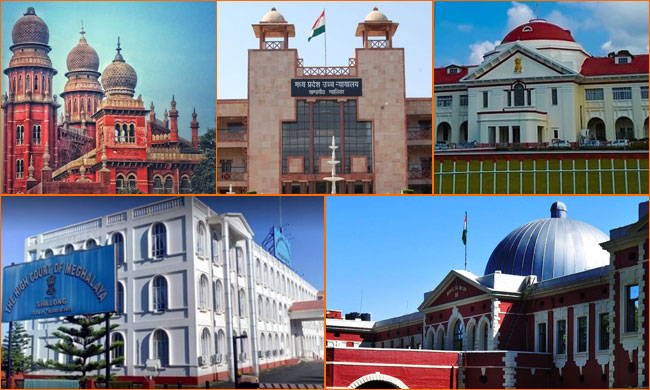 The Supreme Court Collegium has recommended the appointment of new Chief Justices in the High Courts of Madras, Madhya Pradesh, Patna, Meghalaya and Jharkhand.

Justice A K Mittal, CJ of Meghalaya HC is proposed to be transferred as the CJ of Madhya Pradesh High Court. Earlier, the Collegium had recommended Justice Akil Kureshi as the CJ of MP HC. This proposal was later modified to propose Justice Kureshi's appointment as CJ of Tripura HC, after communications from the Department of Justice.

Justice Mittal was earlier proposed to be appointed as the Chief Justice of Madras HC in place of Justice Tahilramani.

The present Chief Justice of Tripura HC, Justice Sanjay Karol, is proposed to be made the CJ of Patna HC.

The Collegium has also recommended the elevation of two High Court judges as Chief Justices.

Justice Muhammed Rafiq, presently judge of Rajasthan HC, has been recommended as the Chief Justice of Meghalaya High Court.

Surprisingly, the Supreme Court website now contains statements of Collegium decision, in departure from the earlier practice of uploading resolutions of Collegium meetings.

Click here to read statement of transfers of CJs

Click here to read statement of elevation of judges as CJs

Read Statement of transfers of CJs

Click here to read statement on elevation of judges as CJs