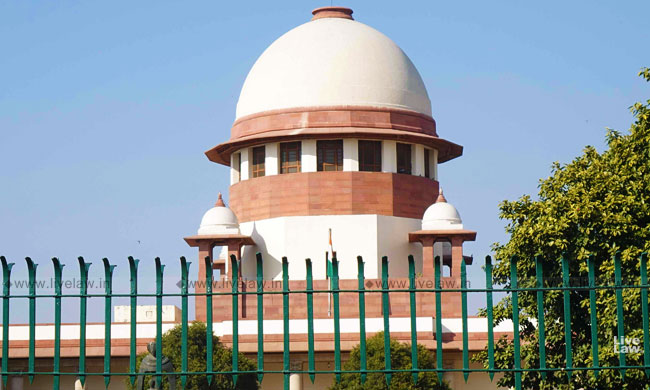 The Supreme Court registry has notified that the scheduled sitting of the Constitution bench from 23rd April has been cancelled.

The new dates have not been announced.

On Monday, the Additional Registrar (Listing) issued notice in supersession to the earlier notice dated 16th April which stated that a five judge bench would hear the following cases from the week commencing from 23rd April:

The first two cases pertain to the interpretation of or concerning Section 24 of the Right to Fair Compensation and Transparency in Land Acquisition, Rehabilitation and Resettlement Act, 2013. In Sita Soren, the bench is to examine whether Article 105/194 (2) of the Constitution of India confers any immunity on the Members of Parliament/Legislative Assembly from being prosecuted for an offence involving offer or acceptance of bribe to caste vote in a legislature?

Earlier this month, the constitution bench  had heard a long pending appeal against a Delhi High Court judgment that had held that the office of Chief Justice of India will be under the purview of Right To Information Act. After a detailed hearing, the bench reserved the appeals for Judgment.
Read Notice
Next Story
Similar Posts
+ View more
Webinars
+ More
Law Firms
+ More
Latest News
+ More
लाइव लॉ हिंदी
+ More
International
+ More
Environment
+ More