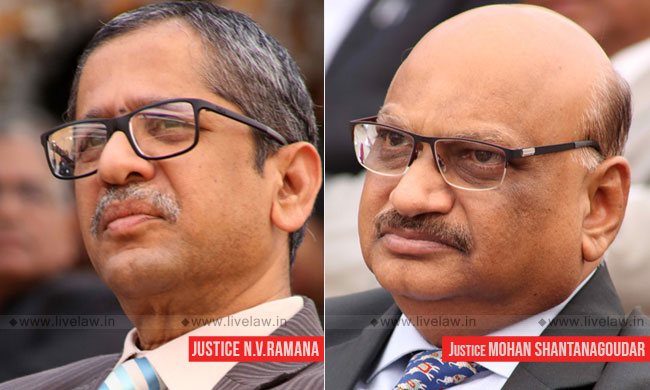 In some relief to over 400 investors who have been duped of thousands of crores of rupees invested in the now-abandoned project called Cosmo-city on Dwarka Expressway, the Supreme Court has ordered a director of real estate firm ADEL Landmarks Ltd to surrender forthwith while setting aside the order of the Delhi High Court by which he was granted protection from arrest.

A bench of Justice NV Ramana and Justice Mohan M Shantanagoudar ordered Sumit Bharana to surrender forthwith or face arrest in connection with number of cases registered against him and other directors of the real estate firm for duping home buyers by abandoning the project.

The order of the apex court comes on a Special Leave Petition moved by a number of home-buyers seeking cancellation of interim protection granted to Bharana.

Represented through Karanjawala & Company, Advocates led by Samarjit Pattnaik – Partner alongwith Naomi Chandra- Principal Associate and Satyam Chaturvedi– Associate, the home-buyers contented that the high court had exceeded the powers conferred to it under the Code of Criminal Procedure by granting protection from arrest to the accused who is a proclaimed offender in one of the many cases registered against him and others by the Economic Offences Wing of Delhi Police.

They also informed the apex court that the high court had passed the order without giving them any notice.

Meanwhile, Bharana's counsel submitted that he made efforts to settle the dispute with several prospective buyers and huge amount has already been paid and requested that his client be allowed to settle disputes with other complainants also.

The Supreme Court noted that the Economic Offences Wing had booked the accused for criminal conspiracy, cheating and criminal breach of trust in the year 2015 in which case he evaded investigation and was declared proclaimed offender.

Bharana had applied for anticipatory bail in Saket court and was granted interim bail which was later cancelled on March 8, 2018 and the matter is pending.

He then challenged the cancellation of interim bail before the Delhi High Court which set aside the order on March 16, 2018, restored his interim bail while directing him to make "genuine endeavour" to settle the matter with the "remaining complainants" in the given FIR and join the probe as and when called by the investigating officer.

The Supreme Court, however, noted that, "…on perusal of the impugned order, we find that the high court has not indicated any reason to interfere with the order of the Additional Sessions Judge, Saket court, cancelling the interim bail granted to respondent no. 2".

As on January 15, Bharana had not surrendered and the police have obtained a non-bailable warrant against him.